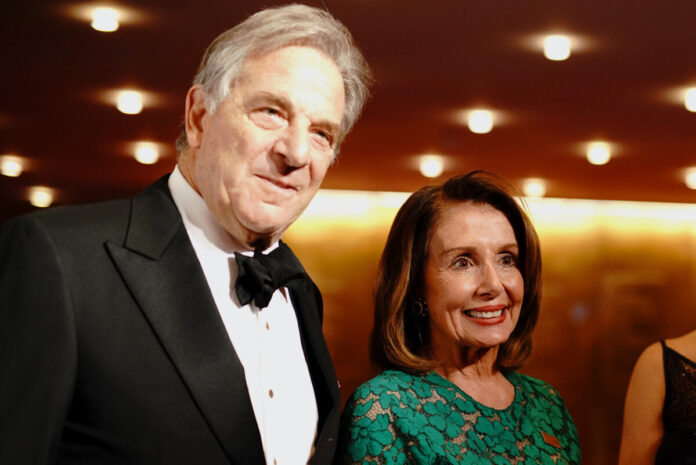 According to a transaction report that appeared on the House’s website on Monday, Pelosi revealed that her financier husband, Paul Pelosi, bought Apple call options for between $500,001 and $1 million on May 13.

Unusual Whales, a company that sells financial data, showed that Pelosi was the sixth-best stock trader in Congress in 2021. Rep. Austin Scott (R-Ga.) was No. 1 in stock trading last year, the company says.

“Speaker Nancy Pelosi’s financial disclosures are arguably the most followed in Congress. The perception is that she is the best trader on the Hill,” the website says, making note of social media scrutiny into her and her husband’s stock trading in recent years. After recent trade disclosures, some have claimed they believe her position in Congress gives her an edge in stock trading.

“As you can see from the required disclosures, with which the speaker fully cooperates, these transactions are marked ‘SP’ for spouse,” Pelosi’s spokesman, Drew Hammill, told news outlets about her husband’s stock trades. “The speaker has no prior knowledge or subsequent involvement in any transactions.”

A 2012 law makes it illegal for lawmakers to use information from their work in Congress for their personal gain. The law requires them to disclose stock transactions by themselves or family members within 45 days.

Pelosi in January signaled that she might be willing to advance legislation to completely ban stock trading by lawmakers. That was a reversal from her previous position defending lawmakers’ right to trade stocks.

But Pelosi, 82, has been at the center of controversy after she initially rejected a proposal on Congress members owning stocks. Earlier this year, however, she signaled approval after a group of bipartisan lawmakers came up with a plan to create bills and conduct a hearing.

However, in recent months, Congress has stalled over bipartisan legislation addressing lawmakers’ ownership of stocks.

“I think that they’re trying to run out the clock,” Rep. Abigail Spanberger (D-Va.), a sponsor of one of the stock-ban bills, said last month. Without naming any members of Congress, she said that it is being stymied by “anyone who has the ability to move it forward.”

The Epoch Times has contacted Pelosi’s office for comment on the recent disclosure.