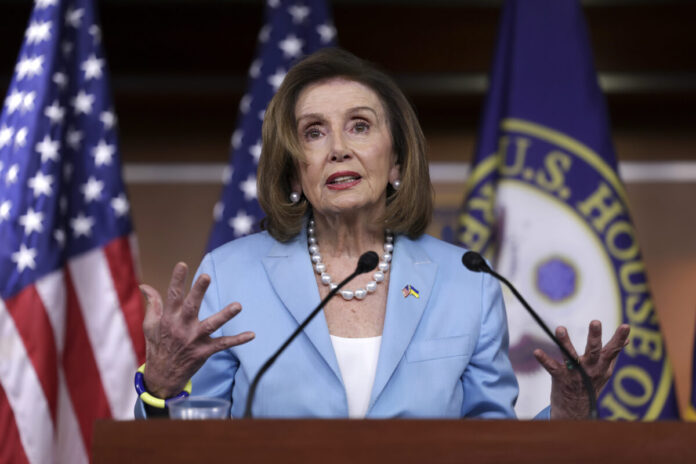 House Minority Leader Kevin McCarthy (R-Calif.) asked for unanimous passage of the bill, which was passed by the Senate in May. Such a request means a bill can pass without a recorded vote, but any single member can block it.

During her weekly press conference on Capitol Hill, Pelosi explained her objection to the bill, saying the justices “are protected” and proposed alterations are about Supreme Court staffers such as clerks.

“We’re working together on a bill which the Senate can approve of,” she said. “No one is in danger over the weekend by not having a bill,” she added.

As she left the conference, a reporter noted that a man was arrested on Wednesday for allegedly attempting to kill Kavanaugh at his home in Maryland.

“I don’t know what you’re talking about … but nobody is in danger,” Pelosi replied.

In the Senate, members of both parties have pushed for quick consideration of the bill.

If House leaders want to expand the bill, “for goodness sakes, do it,” Durbin said. “Do it on a timely basis. Let’s get into conversation to get this passed once and for all,. We need to do this.”

“The House has delayed action. I hope they’ll act soon,” Sen. Chuck Grassley (R-Iowa), the top Republican on the panel, said, before urging the Department of Justice to reconsider its decision not to charge protesters with violating a law that forbids gathering outside the homes of judges with the intent of influencing their votes.

Amending the legislation to include Supreme Court staffers is “perfectly reasonable” but “at the end of the day, what matters is that we act to protect our judiciary,” Coons said. “It’s my hope that if something comes back here from the House, that we’ll take it up and pass it quickly.”