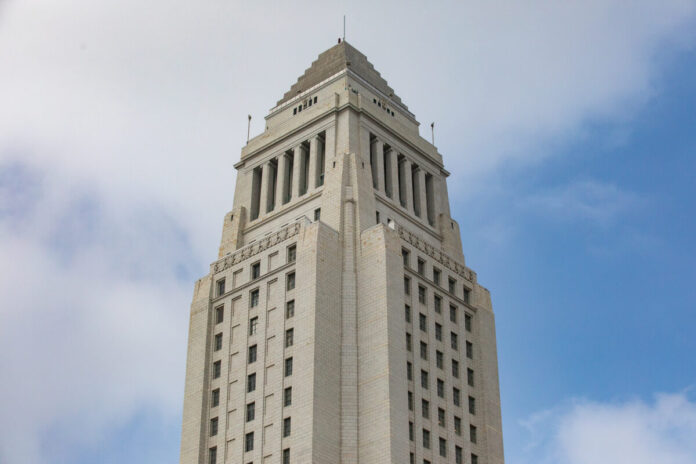 District 11 is one of LA’s 15 districts that encompass the westside of the city to the Pacific Ocean. Current incumbent Mike Bonin, who was first elected in 2013, announced in January he would not be seeking reelection due to mental health concerns.

“Despite being outspent ten-to-one, our campaign earned the most votes in the CD11 primary so far. I’m so excited and thankful to go on to the general in November,” Darling wrote on Twitter Wednesday. “I’d like to thank everyone who donated their time/money/passion/energy. We deserve a Westside that works for us all!”

Despite being outspent ten-to-one, our campaign earned the most votes in the CD11 primary so far. I’m so excited and thankful to go on to the general in November.
I’d like to thank everyone who donated their time/money/passion/energy. We deserve a Westside that works for us all! pic.twitter.com/aLIrHo0B7n

Park, who has been a Venice resident since 2015, is a registered Democrat running on a moderate platform. She’s running on ending encampments and restoring public safety after Venice Beach became front and center of a political debate over homeless violence last summer. There are some 2,000 homeless people living on the streets of Venice Beach, the largest homeless population behind Skid Row.

“What I want to focus on tonight is you, how incredibly proud I am of you and your participation in this journey of building a grassroots coalition across the entire Westside of Los Angeles from the ground up,” Park said during a speech Tuesday night. “I saw what you saw and I heard your frustration with the status quo. When I decided I was going to step up and do something about it you joined me.”

According to her campaign website, if elected, Park plans to increase mental health and substance abuse services to Angelenos suffering from addiction on the streets, and “adopt a policy of compassionate enforcement.”

Venice resident Erin Darling is running on a progressive platform to expand affordable housing, and contrary to Park, opposes anti-camping ordinances. He gained just over $55,000 in donations, according to the latest campaign filings.

Darling supports the “Housing First” model to address homelessness in the district by increasing renter protections and speeding the development of permanent supportive housing units.

Both candidates will likely appear on the Nov. 8 ballot during the General Election.

Jamie is a California-based reporter covering issues in Los Angeles and state policies for The Epoch Times. In her free time, she enjoys reading nonfiction and thrillers, going to the beach, studying Christian theology, and writing poetry. You can always find Jamie writing breaking news with a cup of tea in hand.