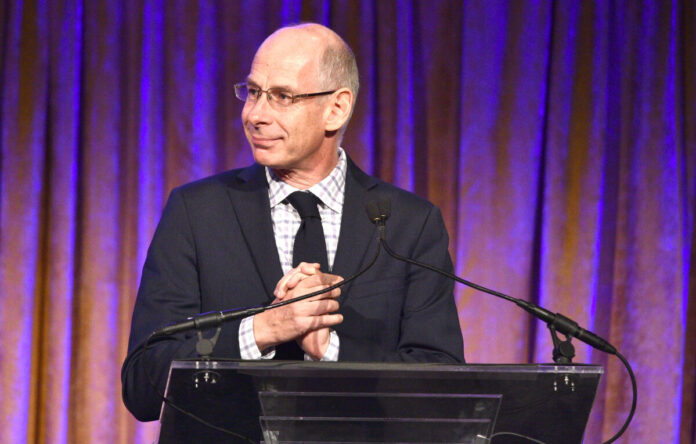 A group of House Republicans on Wednesday requested confirmation that the former president of ABC News, James Goldston, is working for the committee investigating the Jan. 6, 2021 breach of the U.S. Capitol, and questioned whether his alleged hiring violated House rules.

In a letter (pdf) to the Jan. 6 Committee Chairman Rep. Bennie Thompson (D-Miss.) and Committee on House Administration Chairperson Rep. Zoe Lofgren (D-Calif.), GOP lawmakers asked for confirmation that Goldston has been hired as an employee of the committee, and not as a consultant or in an “unofficial capacity.”

It comes after Axios first reported Monday that the former network news executive had joined the committee as an “unannounced adviser” and is “busily producing Thursday’s 8 p.m. ET hearing as if it were a blockbuster investigative special.”

Goldston has previously served as a producer for some of the network’s biggest news programs like “20/20,” “Nightline,” and “Good Morning America.” He left ABC in March.

Citing congressional laws pertaining to committee staff, the lawmakers noted that a letter is required requesting approval of the Committee on House Administration regarding Goldston’s hiring, along with a signed contract agreement and resume.

Under that same law, Goldston would be unable to commence work for the committee until the contract has been approved by the Committee on House Administration.

“To our knowledge, the Committee has not received or considered such a request,” wrote the representatives.

The GOP lawmakers also cited reports from CNN that Goldston is working with the select committee “to help produce their upcoming hearings” and “helping the committee with the planning of the hearings and their presentation.”

They noted that the committees are allowed to “obtain temporary or intermittent services of individual consultants or organizations, to advise the Committee with respect to matters within its jurisdiction,” but that Goldston would not be able to act as an employee of the committee.

Republican lawmakers also noted in their letter that Goldston would be barred from working for the Jan. 6 Committee free of charge, noting that such an arrangement would “violate House Rules and the House Ethics Manual regulations which clearly states that no logical distinction can be drawn between the private contribution of in-kind services and the private contribution of money.”

The Epoch Times has contacted the offices of Jan. 6 Committee Chair Bennie Thompson and Committee on House Administration Chairperson Zoe Lofgren for comment.

Last week, the nine-member panel investigating the Jan. 6 Capitol breach promised it would reveal new and previously unseen material in the first of a series of public hearings, including witness testimony.

It will also “provide the American people a summary of its findings about the coordinated, multi-step effort to overturn the results of the 2020 presidential election and prevent the transfer of power,” the committee said in a statement to news outlets.