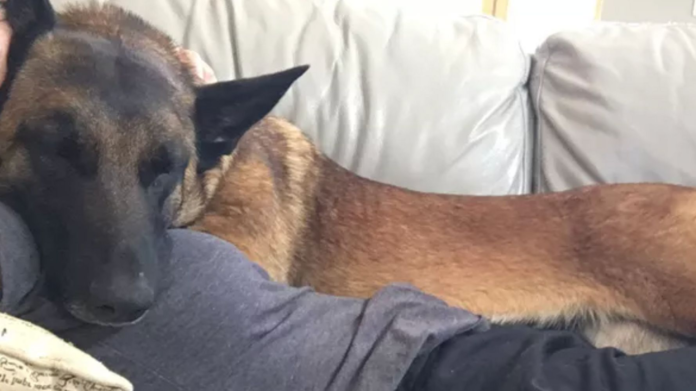 Eva, a Belgian Malinois, began having seizures over the weekend, owner Erin Wilson told The Sacramento Bee. Wilson rushed her beloved pet to get veterinary care, but the 2 1/2-year-old dog continued to get worse and died at the UC Davis School of Veterinary Medicine on Wednesday.

Eva’s bravery made national headlines last month. Wilson was walking with Eva in a rural area when a mountain lion lunged at the woman, scratching her shoulder. When Wilson called out for help, Eva doubled back and attacked the mountain lion. The two animals tangled until Eva was able to find a nearby woman for help and the two beat back the cougar from the dog using pepper spray and a piece of PVC pipe, according to SF Gate.

Eva suffered serious injuries, including two skull fractures, but had been significantly improving prior to her death. She had been released from the veterinarian and photos on Instagram showed her snuggling with new toys and even enjoying a walk outside.

The final update on Wilson’s GoFundMe was brief and heartfelt.

“We said goodbye,” she wrote. “We love you Eva. You’re my whole world.”