Carnegie Mellon University to Give Employees $1,500 Check as Inflation Relief 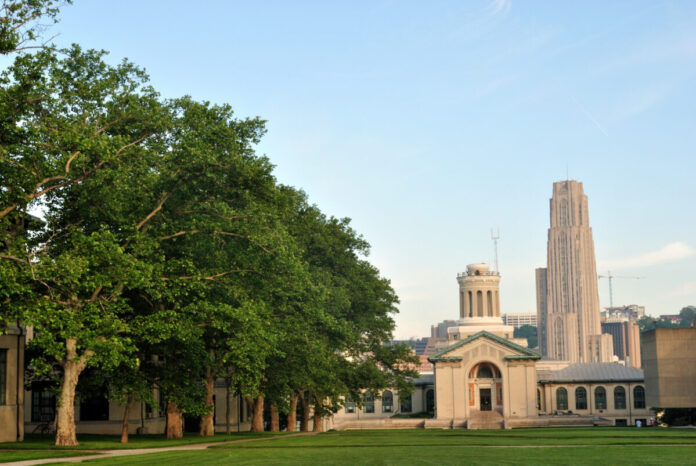 Carnegie Mellon University said on Tuesday it is handing eligible employees a one-time $1,500 check to help them deal with the ongoing inflation.

“The goal is to assist employees in addressing the impacts of inflation that have been so prevalent over the past several months,” CMU President Farnam Jahanian said in a message to faculty and staff. “As you are aware, and as was mentioned during the recent university-wide town halls, we are seeing cost increases across society, including in food prices, at the gas pump, in the cost of energy for our homes, transportation expenses, and more.”

Jahanian blamed “the tragic war in Ukraine” and “global supply chain disruptions” for the rising prices, without mentioning the contribution of the massive increase in government spending over the past two years to the current inflationary environment.

The payment will be delivered this month. The Pittsburgh Post-Gazette reported that about 85 percent of the CMU’s faculty and staff will be eligible for the money. Ineligible employees include interns, part-time adjuncts, union members, those on unpaid leave, and those starting after or leaving before Jun. 30.

Jahanian also announced that the university will implement a merit increase program for fiscal year 2023, where employees will be awarded with pay raises based on their performance evaluations.

According to the AAUP report, full-time faculty salaries increased 2 percent in the 2021-2022 academic year over the previous one. When accounting for inflation, however, the actual average salaries fell 5 percent. The AAUP said this is the greatest decrease in real-wage growth seen since the 1979–1980 academic year, when the United States was struggling to recover from economic recession.

The Consumer Price Index for All Urban Consumers, or CPI-U, increased 7 percent in 2021 and 12.5 percent in 1979, the AAUP noted in its report. The latest data released by the U.S. Bureau of Labor Statistics on May 11 showed that the CPI-U jumped 8.3 percent over the previous 12 months.

Meanwhile, the cost of college tuition, which briefly held steady during the pandemic, is on the rise again. In December 2021, the University of Virginia announced that it will raise undergraduate tuition and fees by 4.7 percent for the 2022-23 academic year and another 3.7 percent the year after that, citing the “inflationary environment” and pay increases for employees.

More recently, Boston University (BU) also announced the largest tuition hike in 14 years, which will take place at the start of the 2022-2023 academic year. BU President Robert Brown cited inflation as the primary reason for the decision.

“This increase does not keep pace with the current national rate of inflation and cannot fully offset the increased costs of University operations or fund salary increases that would fully mitigate the effects of inflation on the families of faculty and staff,” he said in an email to employees. The new tuition price will be $61,050 per student.