Bulk of US LNG Exports Are Now Being Sent to Europe 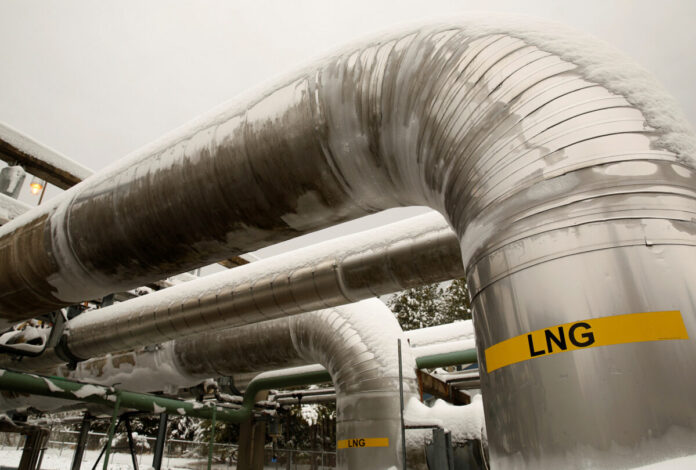 The United States sent nearly three quarters or 74 percent of its liquefied natural gas exports to Europe from January to April, triple the 2021 average, according to the U.S. Energy Information Administration on June 8.

American LNG supplies now make up nearly half of Europe’s liquefied natural gas imports, at 11.5 billion cubic feet per day, or double the amount from last year when the region received only 34 percent of gas exports from the United States, according to Natural Gas Monthly.

The United States had just boosted overall LNG export volumes earlier this year, after an increase in production capacity at Sabine Pass and Calcasieu Pass terminals in Texas and Louisiana.

Europe has now overtaken Asia as the biggest destination for U.S. LNG, as the region faces an energy crisis after seeking to reduce its dependence on Russian supplies due to the conflict in Ukraine.

Asia had previously been the main destination for U.S. LNG exports, accounting for almost half of the total exports in 2020 and 2021, and has seen volumes slip by 51 percent this year.

Japan, China, and South Korea were the previous the top destinations for American LNG exports in 2021, but have since declined respectively.

China only imported six LNG cargoes from the United States in January to April this year, after implementing strict pandemic lockdown measures, as well as a mild winter amid high LNG spot prices, which reduced demand for foreign gas imports.

U.S. gas suppliers have increased their overall output of liquefied natural gas in 2022, up 18 percent over the past year.

The Biden Administration has promised to boost supplies of LNG after the European Union, the United States, and other allies imposed sanctions on Russian gas in response to the Kremlin’s invasion of Ukraine in late February.

Europe was already dealing with a severe energy supply crunch before the invasion, which the White House now sees as a chance to make higher energy profit margins for U.S. exporters abroad.

American gas suppliers with contract flexibility, are planning to deliver more LNG to Europe at the expense of other destinations.

The United States is now the largest LNG supplier to both the EU and United Kingdom, accounting for a combined 49 percent of total imports as of April 2022, up from 26 percent last year, according to data from CEDIGAZ.

LNG imports from Russia and Qatar to the EU and the UK now only account for 14 percent of imports.

The additional LNG export to Europe and a mild winter for the first quarter, have offset the slackening of imports of pipeline natural gas from Russia.

The EU and the UK have been importing record-high levels of LNG since late 2021, primarily because of low natural gas storage inventories.

European natural gas prices on June 7, declined for a fifth day, as traders muted demand against risks to gas supplies from Russia.

Storage sites in the EU are now almost 50 percent full due to increased LNG imports, with storage facilities likely to be full by the end of summer, barring any significant disruption to Russian supplies, according to Bloomberg.

However, Russian gas supplies are being threatened due to the continuing European gas sanctions, by countries such as Germany and Poland in particular.

Increasing demand from the easing of extreme lockdown measures in China, combined with increased stockpiling in Japan and South Korea, may cause imports to Europe to fall back to earlier import volumes.

Meanwhile, supplies from Norway have edged lower, as maintenance at a number of key gas facilities have cut the nation’s export capacity this week, with reductions set to peak on June 9.