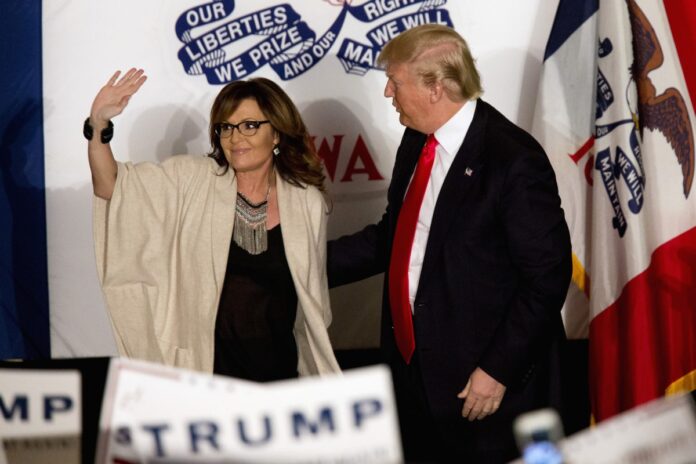 A hefty slate of 48 candidates will appear on the ballot in Alaska’s June 11 special primary to fill the unexpired term of Rep. Don Young (R), who died March 18.

Young, 88, was Alaska’s longest-serving member of Congress after 49 years in office.

A nonpartisan candidate legally named Santa Claus, who is running as a progressive socialist, hails from the North Pole, Alaska.

State election officials called the special primary in late March, and each candidate had only days to decide whether to run or not, get their campaign websites up, and solicit financing.

“In between that time, a candidate had to decide if they would run, and they had to file [papers]. Even bigger, we had to come up with an entire election,” said Tiffany Montemayor, public relations manager for Alaska’s State Division of Elections.

The candidates on the ballot include 16 Republicans and 6 Democrats in addition to several other parties.

Montemayor said the biggest challenge was setting up a special election under a new “nonpartisan top-four” system.

“There are so many firsts for this election [that] it’s kind of hard to make a comparison. Everything about this election is a first,” Montemayor told The Epoch Times.

“I imagine because there are a lot of candidates, that adds another layer of things to overcome for a candidate.”

Alaska voters approved the new electoral system in a ballot measure passed by a slim majority in the 2020 election.

The intent, Montemayor said, was to “give people more of a voice. In the end, it’s supposed to have a candidate a majority of people voted for.”

“All voters can vote for that same ballot. They still vote for one person, but the top four vote-getters move on to the general election, regardless of party,” she said.

Election officials wanted a ballot that was easy to read, but they also wanted to make sure all the candidates appeared on the same ballot.

The new system took effect on March 1, 2021, and will be done entirely with mail-in voting, with opportunities to cast ballots by in-person absentee.

The crowded race is making it more tough to raise campaign funds, according to nonpartisan candidate Jeff Lowenfels.

“It isn’t difficult to get a campaign going. It is difficult, however, to raise money in such a huge field of candidates,” Lowenfels said.

Lowenfels, who founded Lewis and Lowenfels representing Alaskan inventors, has raised $148,000 toward his campaign so far.

Like the other candidates, Lowenfels said his chances of making the top four vote-getters remain up in the air, given the crowded field.

“This has been such a non-campaigning campaign that I actually have no idea. How many gardeners are there in Alaska? And how many of these realize I am a natural resources attorney and past CEO of a Fortune 500 company division?” Lowenfels told The Epoch Times.

“It isn’t an issue on my platform; it is my unique qualifications. I read statutes for a living. I represent clients. This is what Alaska’s congressman does: makes sure Alaska is not forgotten during the statutory process and represents Alaskans who need assistance working with the federal government in Alaska.”

Republican candidate Tara Sweeney said, “The best way I can explain it is, we have been building the plane as we are trying to fly it.”

“But, thanks to my dedicated team of volunteers and supporters, we have been able to get a campaign up and running that is prepared to go all the way to November.”

“I am a registered Republican, and I’m running for Congress to focus on the future. My career has been focused on fighting for Alaska in Washington, and I want to use that experience to serve Alaskans in Congress,” Sweeney told The Epoch Times.

In 2018, Trump nominated Sweeney to serve as the 13th Assistant Secretary of Indian Affairs at the U.S. Department of the Interior. The U.S. Senate unanimously confirmed her.

“Through my experiences in the private sector and during my tenure at the Department of the Interior, I understand how to craft and implement policy solutions that matter to our state,” Sweeney said/

“Alaska needs a leader with a vision to promote the development of our natural resources, maximize our strategic location in the interest of national security, and advance the infrastructure that’s necessary for our most remote communities.”

“I want to continue that legacy,” she said.

Begich leads the Republican conservative pack with nearly $1.2 million in campaign financing. Palin has raised around $650,000, according to campaign finance reports filed with the Federal Elections Commission.

“Alaskans expect–and deserve–a close relationship with the folks who represent them in Congress, and this is one way that I’m working to facilitate a direct dialogue with the hard-working men and women of Alaska,” Palin said upon launching her campaign website.

Palin served as the ninth Governor of Alaska from 2006 until her resignation three years later.

The late U.S. Sen. John McCain (R-Ariz.) chose Palin to be his vice-presidential running mate in 2008. Palin would be the second female vice presidential nominee after Geraldine Ferraro in 1984.

Begich, a conservative entrepreneur and one of Palin’s closest Republican rivals, served as co-chairman for Congressman Young’s 2020 re-election campaign.

He also served in a leadership role in the 2020 One Alaska campaign and the Alaska Republican Party’s Finance Committee.

Palin was quick to denounce the endorsement as evidence that “the old boys’ network is alive and well in Alaska,” according to Alaska Public Media.

However, the deciding factor in this election ultimately may boil down to name recognition and the ability to reach out to Alaska’s 500,000 registered voters in communities separated by miles of rugged wilderness and mountains.

Given this fact, many candidates are bridging the distance using social media to get their campaign messages out to voters.

Montemayor said her office is located in Juneau, located in the Alaskan panhandle, and requires travel by airplane or boat.