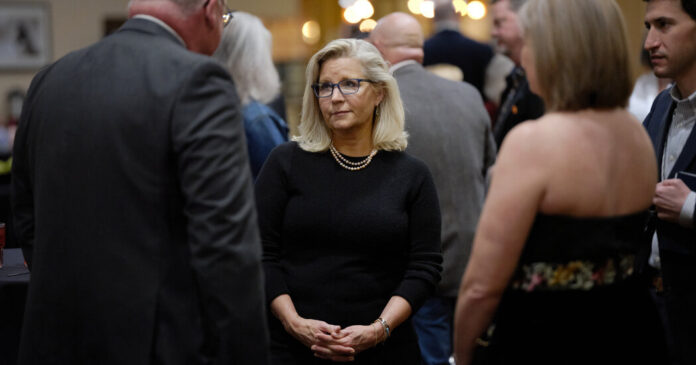 When 35 Republicans defied Donald J. Trump to vote in favor of an independent, bipartisan investigation into the Jan. 6 attack on the Capitol, they immediately braced for backlash from the former president’s most loyal voters.

But it hasn’t quite hit as hard as expected — at least not yet.

The fate of two incumbents whose races had elections on Tuesday still has not been determined, with Representative David Valadao of California expected to advance to the November election after appearing to finish second in Tuesday’s open primary and Representative Michael Guest of Mississippi being pushed into a June 28 runoff after narrowly trailing Michael Cassidy.

The lone casualty so far has been Representative David McKinley of West Virginia, who lost a May primary to Representative Alex Mooney, a Republican colleague who had been endorsed by Mr. Trump in the newly drawn Second District. Their districts were consolidated after West Virginia lost a seat in the House because of the state’s declining population.

There are plenty of high-profile opportunities for Mr. Trump in the months ahead to settle scores with Republicans who voted for the plan to form the independent commission, a proposal that ultimately died in the Senate. A House committee that is investigating the riot at the Capitol will hold a televised hearing in prime time on Thursday.

Here are some key races involving Republicans who voted for a commission: