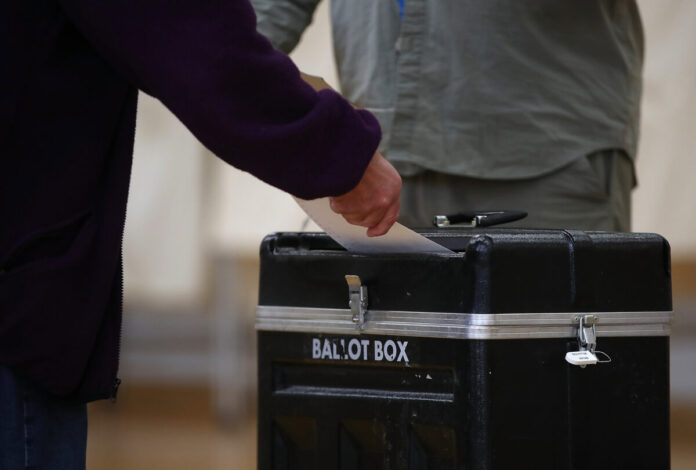 Montana’s top court on May 17 restored election laws that prohibit same-day voter registration and impose voter identification requirements beyond those previously in place.

The Montana Supreme Court’s 4–1 decision means House Bill 176, which forbids voters from registering on the same day as an election, and Senate Bill 169, which eliminates school identification as the sole source of identification for voters, will be in effect for the upcoming primaries.

A district court judge in the state blocked the laws in April, finding that the constitutional rights of plaintiffs, including Native American tribes, would be harmed if they were not.

But because 337,000 Montana residents voted while the laws were in effect in 2021, it is prudent to leave the status quo in place, Montana’s top court ruled in an 8-page order (pdf).

Justices said they were convicted staying the lower court’s preliminary injunction “would cause less voter confusion and disruption of election administration.”

Montana Secretary of State Christi Jacobsen, a Republican, had said in her appeal that her office had successfully implemented the laws after they took effect in April 2021 and keeping the injunction in place would mean election staff would need to be retrained to adhere to the previous election rules. She also argued that the lower court’s finding that the laws “implicate” the right to vote was not correct.

“If the district court had applied the correct standard, it should have concluded that the statutes are not subject to strict scrutiny and easily pass constitutional review,” she said. [

“Requiring government-issued ID imposes a minimal burden and advances the State’s important interests in preventing fraud, ensuring compliance with voting qualifications, and promoting public confidence that elections are secure, i.e., the same interests that have justified Montana’s voting ID laws for nearly two decades. Government-issued ID is ‘needed to board a plane, enter federal buildings, and cash a check.’ Requiring the same to vote does not ‘represent a significant increase over the usual burdens of voting.’”

Urging the court not to grant Jacobsen’s request, Montana Democratic Party lawyers said keeping the injunction in place would protect “against the unconstitutionally disenfranchising effects” of the laws.

They also alleged that the laws “disenfranchised numerous Montana voters in the low-turnout 2021 municipal elections” and threatened to disenfranchise more in the upcoming statewide election.