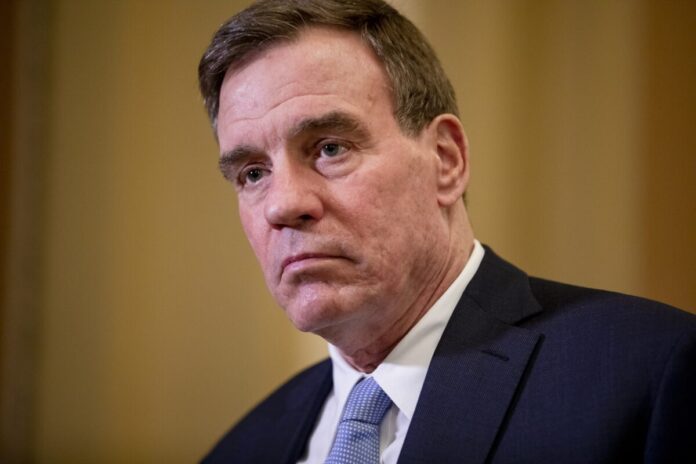 The person responsible for sharing a Supreme Court draft ruling with a news outlet should be prosecuted, Sen. Mark Warner (D-Va.) said on May 5.

“I completely condemn the leak and whoever leaked it should be prosecuted,” Warner, the chairman of the Senate Intelligence Committee, said on Fox News.

The White House and many Democrats in Congress have said the focus should be on the ruling itself, not the leak.

“I don’t care how the draft leaked. That’s a sideshow,” Rep. Adam Schiff (D-Calif.), chairman of the House Intelligence Committee, said this week in a statement. “What I care about is that a small number of conservative justices … intend to deprive millions of women of reproductive care.”

“Don’t let the dynamics of a leak distract from the significance of the opinion,” Sen. Alex Padilla (D-Calif.) added during a panel hearing on Capitol Hill.

The draft ruling was published by Politico on May 3. The news outlet said it obtained the opinion, dated Feb. 10, from “a person familiar with the court’s proceedings.”

Some 63 people, including the nine justices on the court, are believed to be suspects. There’s also a possibility the ruling was obtained through a hack.

Chief Justice John Roberts has ordered the court’s marshal to investigate the leak, which he referred to as a “betrayal of the confidences of the court.” It remains unclear if the person responsible could be held criminally responsible, with some legal scholars asserting the only way is if he or she lies during the investigation.

Many Republicans have called for the leaker to be prosecuted, and a group of GOP members urged Attorney General Merrick Garland to order a probe into the matter.

The group also asked for a description of all potential laws the person responsible violated.

The Department of Justice and FBI declined to comment.

Sen. Ted Cruz (R-Texas), among the most vocal on the issue, said on Fox this week that he believes the person who did it is a “woke little left-wing twit” but Warner noted that it may have been leaked by somebody associated with conservatives.

“I do hope your network, if it ends up—and I have no foggy idea who did it—but if it ends up coming out it was leaked by somebody actually from the right-wing of the agenda that wanted to try to lock in these five votes, I hope you’ll continue to express outrage and make sure that person who leaked is fully prosecuted,” Warner said.