10,000 Ukrainian Refugees Arrive in Britain in a Week 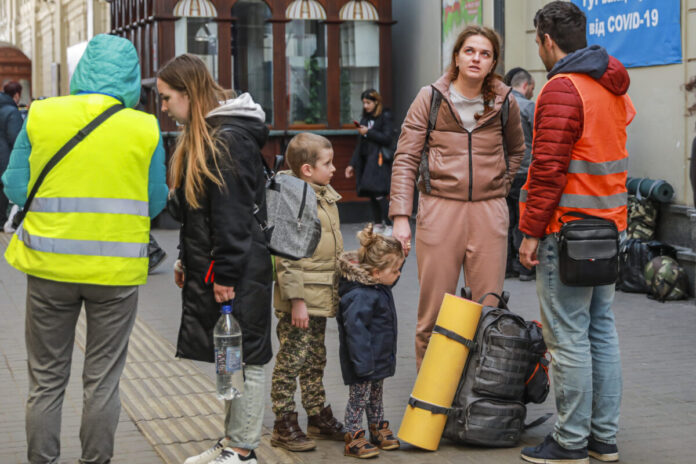 The number of refugees arriving in the UK under Ukraine visa schemes has risen by more than 10,000 in just over a week, figures show.

Some 37,400 people had arrived in the UK under Ukraine visa schemes as of Tuesday, according to Government figures published on Friday.

The latest arrivals include 19,500 under the Homes for Ukraine sponsorship scheme—a rise of three-quarters from 11,100 last week.

The Homes for Ukraine scheme in particular has faced widespread criticism over the length of time it has been taking for refugees to receive visas and come to the UK.

The latest figures show the number of people who have received visas and are reaching the UK is growing, but the majority—around six in 10—have not yet arrived.

The PA news agency has reported on multiple cases where families are unable to travel to the UK because not all family members have received permission to travel letters or visas.

Government officials believe some people applied for visas so they have the option of coming to the UK but are staying near Ukraine so they can return home sooner, or have since changed their minds.

Also this week, a group of would-be hosts threatened the Government with legal action on behalf of hundreds of refugees who have been waiting since March to receive their visas.

The latest figures show 33 percent of people who have been granted visas under the Homes for Ukraine scheme have travelled to the UK, up from around a fifth last week.

And 49.3 percent of those with visas under the family scheme have arrived, up from 45.8 percent.

More than three-quarters of applications for visas under both schemes have been granted, the figures show.