‘If He Decides to Run, He Will Be the Nominee’ 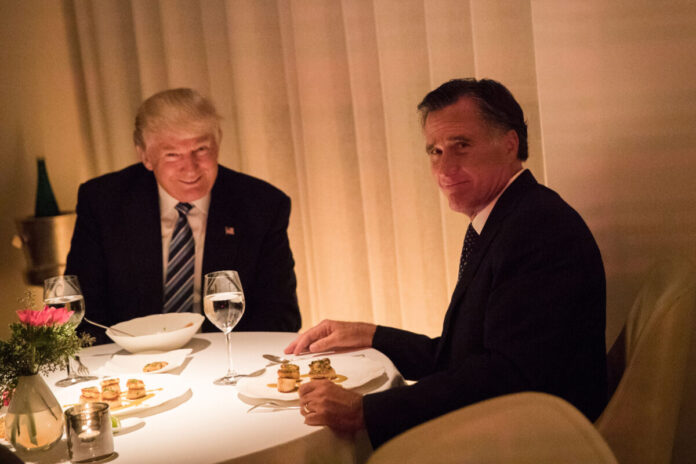 Sen. Mitt Romney (R-Utah) said that if former President Donald Trump decides to run in 2024, he would win the GOP nomination.

“I don’t delude myself into thinking I have a big swath of the Republican Party,” Romney, a frequent critic of Trump, told Politico on Thursday. “It’s hard to imagine anything that would derail his support. So, if he wants to become the nominee in [2024], I think he’s very likely to achieve that.”

While it’s not set in stone that Trump will run for president again, the former commander-in-chief has offered strong hints in recent days. Trump has not formally announced his plans, saying that he would do so after the 2022 midterm elections are over, and he’s also cited federal election rules regarding election donations.

Sen. Josh Hawley (R-Mo.), said that Trump is “the leader of the party, that’s clear … If he decides to run, he will be the nominee.”

Trump, 75, in April revealed that his health would play a factor in whether he would run in 2024. The former president will turn 78 in 2024.

“You always have to talk about health. You look like you’re in good health, but tomorrow, you get a letter from a doctor saying come see me again,” Trump told the Washington Post in April. ‘That’s not good when they use the word ‘again,’” Trump added, while noting he is in good health.

In the meantime, Trump has used his platform to boost certain Republican candidates who have pledged support to his movement. Notably, Republican Ohio Senate candidate J.D. Vance secured the Republican nomination this week.

Romney, the 2012 GOP nominee for president, voted to convict Trump twice during efforts to impeach him, although both attempts to convict ultimately failed.

“He will have an enormous impact on our party going forward. I believe the great majority of people who voted for Donald Trump want to make sure that his principles and his policies are pursued,” Romney also said following the 2020 election. “But I think if you look at the numbers and look at the pickup that Republicans had in statehouses across the country and Congress and holding the Senate so far, versus our loss in the presidency, you’d suggest that the presidential race was more a matter of a referendum on a person.”