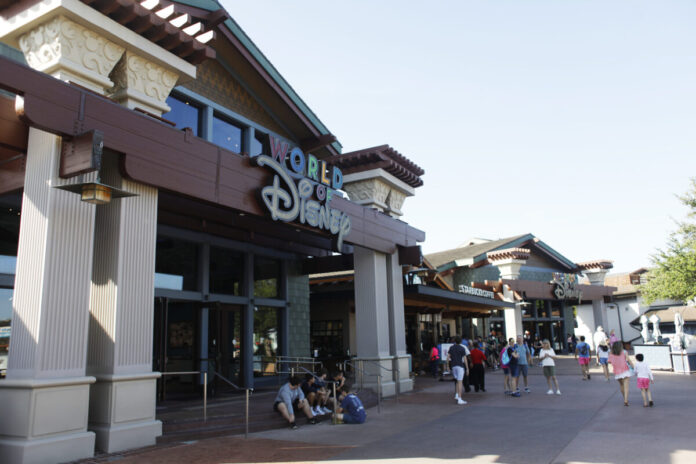 A group of Florida residents has sued the state in a bid to stop it from dissolving Walt Disney World’s special district, which has allowed the company for decades to run its theme park and surrounding areas as it sees fit.

The looming dissolution was triggered when Florida Gov. Ron DeSantis, a Republican, signed in April a bill to axe the special district and others like it.

According to the lawsuit, which was filed in federal court, the bill violates the agreement Florida entered into with Disney in 1967 when the district was formed.

The district currently owes approximately $1 billion in tax and utility bonds, according to Fitch Ratings.

The agreement forbids Florida from dissolving it until any debt is paid.

“In other words, DeSantis’s attempt to dissolve the district is illegal unless the state pays the $1 billion first,” plaintiffs Michael Foronda, Edward Foronda, and Vivian Gorsky wrote.

They also allege the legislation violates Disney’s First Amendment rights because it was passed and signed shortly after Disney spoke out against a separate bill that curtailed or barred instruction on sexual topics to primary school students.

The suit asks the court to find the new law unlawful and issue a permanent injunction that would bar the state from enforcing the bill.

A spokesperson for DeSantis, one of the defendants, declined to comment on the suit.

While signing the measure, DeSantis said that “we have everything thought out.” He later told a briefing, “Under no circumstances will Disney be able to not pay its debts—we will make sure of that.”

During a recent appearance on Fox News, DeSantis specified that there will be additional legislation to address the matter.

“The details on the Reedy Creek plan have yet to be released. They will be soon. The local residents of Orange and Osceola counties will not have to bear the burden of Disney’s debt, as the governor has stated. And, there is no scenario where the state would inherit Disney’s debt—this is misinformation,” the governor’s office told The Epoch Times via email.

The district is comprised of approximately 39 square miles across Orange and Osceola counties, and is located about 15 miles from Orlando

The district, in a written response to the bill, pointed to the part of the agreement about debts needing to be paid and said it “expects to explore its options while continuing its present operations.”

Disney has not commented on the bill.

The suit notes how Orange County tax collector Scott Randolph recently told a local broadcaster that the district being dissolved could lead to a hike in property taxes.

“Removing these special privileges could leave the county responsible for more than $1 billion in debt serving, in addition to the cost of coverings services Disney currently manages, like the fire department,” plaintiffs stated.