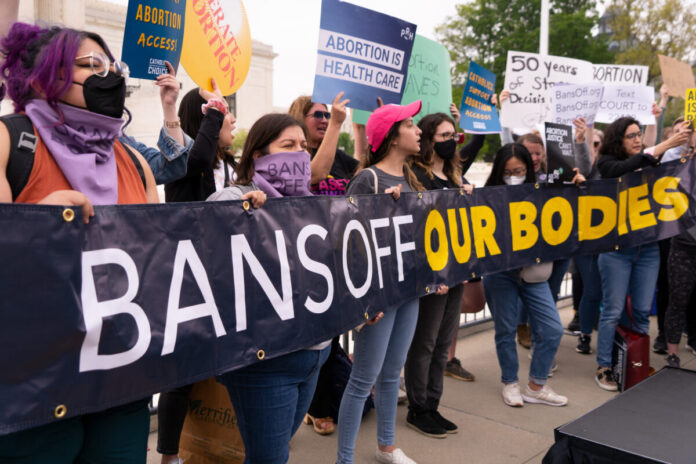 The Supreme Court’s credibility is at risk depending on whether it caves to leftist demands to ditch a leaked draft ruling overturning the 1973 Roe v. Wade decision, according to conservative author and podcast host Jack Posobiec.

In an interview with NTD on Wednesday, Posobiec said the most likely scenario would be that a “liberal clerk” leaked the opinion in hope to galvanize enough popular opposition to flip at least one of the five votes that would invalidate Roe.

“Keep in mind that the universe of people that have access to these draft opinions is actually quite small,” Posobiec told host Stefania Cox. “This is someone who probably knew that they were going to be caught, but did so for ideological reasons because they were so upset at what looks like to be a potential—and likely at this point—overturning of Roe v. Wade.”

The high court’s credibility would be “decimated” if the flip were to happen in favor of the leftists, Posobiec said, noting that it would tarnish the court’s legacy as an institution that acts independently, absent any public influence.

“It becomes a huge problem for the Supreme Court because it kind of puts them in a bind, because the reporting says the five justices are currently for this thing,” he said,

Some Democrats, including President Joe Biden, claim that a potential Roe overturn could pave the way for the end of same-sex marriage and more. Posobiec dismissed those claims, saying that all it does is to allow states to make their own decisions regarding abortion access.

“Even if you overturn Roe v. Wade, it’s not banning abortion,” he told NTD. “What it does is it sends it back to the states, and this is where the idea of states’ rights come in. This is why, for example, we don’t have a federal law against murder, yet murder is regulated by each of the states.”

Although the debate over abortion may help Biden and Democrats distract voters for a while, it won’t be a decisive issue in the upcoming midterm election, according to Posobiec.

“He is trying to shift the discussion away from his sagging poll numbers, and he’s saying, ‘Let’s just make this about abortion,’” Posobiec said. “That’s why I think that it was a liberal who leaked this, because it is incredibly beneficial to President Biden to have something to discuss other than all of his complete failures during his time in office.”

“Even though certainly Joe Biden and the pro-abortion Democrats are trying to turn this into the issue of midterms, at the end of the day, people are going to be affected far more on a day-to-day basis, by the gas prices, by their food prices going up,” he added. “Those are the things that people are going to vote on. It’s those kitchen table issues, those pocketbook issues. You’re going to see a massive red wave in November because of it.”