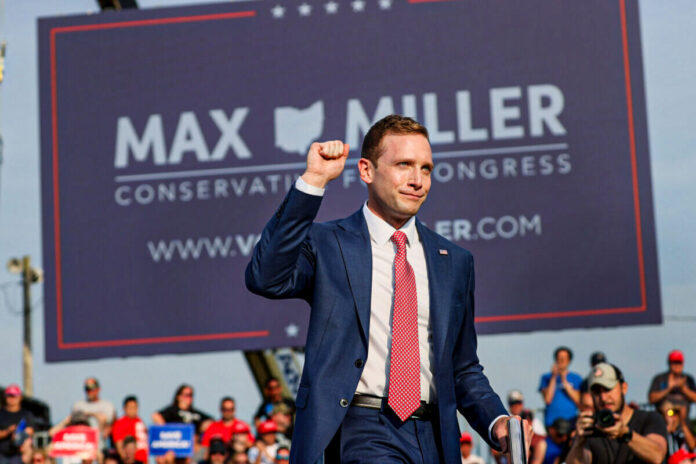 Max Miller, a former aide to former President Donald Trump, won the Ohio Republican primary on May 3, according to multiple projections.

Trump had endorsed Miller when he was running against Rep. Anthony Gonzalez (R-Ohio), who was one of a small group of Republicans who had voted to impeach Trump. Gonzales later quit the race and announced his retirement from Congress.

A redistricting in Ohio threw a late twist into Miller’s bid, eliminating the district he was running in. Miller instead challenged Rep. Bob Gibbs (R-Ohio). Gibbs subsequently announced his retirement from Congress.

Miller held a significant lead over the rest of the field in fundraising and polling. His campaign received nearly $2 million in donations as of April 13, according to the Federal Elections Commission (FEC). Gibbs raised $353,000, according to the FEC.

Last year, Miller face allegations of domestic violence from former girlfriend and former White House press secretary Stephanie Grisham. Miller later sued Grisham for defamation, alleging that Grisham’s accusation was a malign attempt to promote a book she was about to release about her time at the White House.

Ohio’s 7th District is reliably Republican. Trump and Gibbs drew 65 percent of the vote there in the 2020 general election.

In the two contested Republican primaries in Ohio, J.D. Vance, who was also endorsed by Trump, won the Republican nomination for the U.S. Senate. Gov. Mike DeWine, a Republican, won the nomination as part of his reelection bid.

Ivan has reported for The Epoch Times on a variety of topics since 2011.