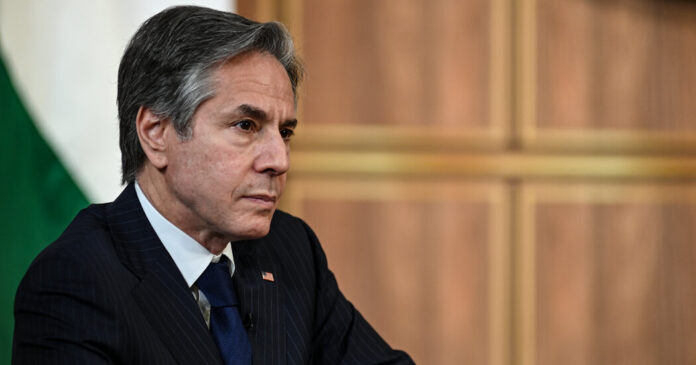 Secretary of State Antony J. Blinken has tested positive for the coronavirus, the State Department announced on Wednesday, nearly a week before he was scheduled to travel to diplomatic meetings in Europe and Morocco.

A spokesman, Ned Price, said Mr. Blinken, 60, had mild symptoms, and had not seen President Biden in several days.

Mr. Blinken, who is fully vaccinated and boosted, will work at home and “looks forward to returning to the department and resuming his full duties and travels as soon as possible,” Mr. Price said in the statement.

Mr. Blinken joins a handful of other prominent figures who have tested positive after attending the White House Correspondents’ Dinner on April 30. Among them are Steve Herman of Voice of America and, according to a person familiar with the matter, Jonathan Karl of ABC News.