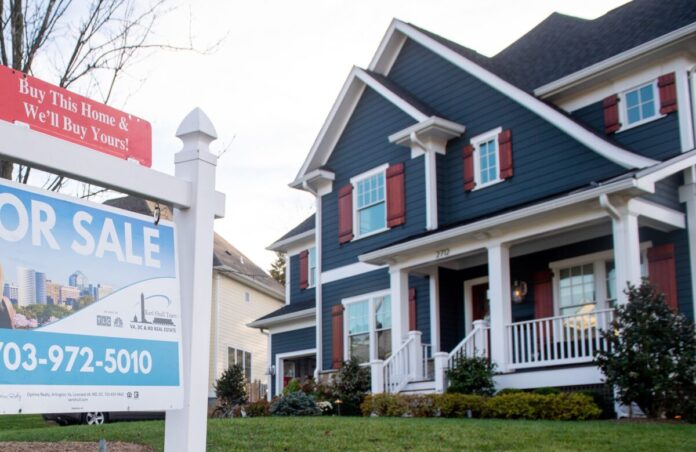 According to a new poll from Gallup released May 4, less than a third of Americans believe it is a good time to buy a house due to high interest rates, supply chain problems, and climbing inflation.

Gallup’s annual Economy and Personal Finance poll was conducted April 1–19, coinciding with the median sale price of U.S. homes reaching a record $428,000 and mortgage interest rates rising to their highest levels in over a decade.

The poll found that just 30 percent of respondents felt optimistic about the housing market, the lowest number since the poll was first conducted in 1978, compared to 69 percent who believe it is now a bad time to invest in a house.

Gallup found that 25 percent of those between 18 and 34 years old were seriously looking to buy a house, compared to 42 percent in 2021.

It was found that only 35 percent of older respondents in the 55 and above bracket felt it was a good time to invest in housing, a significant drop from 2021, when 61 percent of respondents were in favor.

Seven in ten respondents said that they believe the average price of houses in their areas will increase, slightly down from the 71 percent who answered similarly in 2021.

This comes amid inflation hitting a 40-year high, forcing the Federal Reserve to raise interest rates, which in turn, slowed down the housing sales market.

Mortgage applications only increased 2.5 percent from the previous week according to data from the Mortgage Bankers Association’s (MBA) Weekly Mortgage Applications Survey for the week ending April 29.

“The 30-year fixed rate was 5.36 percent, up over two percentage points from a year ago,” he said. “The 127-basis-point jump in rates over the past two months has triggered a 49 percent drop in refinance activity. Purchase applications increased for conventional, FHA, and VA loans and were up 4 percent overall.

“This is potentially a good sign for the spring home buying season, which has seen a slow start thus far. The purchase market remains challenged by low levels of housing inventory and rapid home-price gains, as well as the affordability hit from higher mortgage rates that are forcing prospective buyers to factor in higher monthly payments,” Kan concluded.

The refinance share of mortgage activity decreased to 33.9 percent of total applications from 35 percent the previous week.

“The ARM share remained unchanged at around 9 percent, which is well below the 30 percent mark observed in the mid-2000s,” said Kan.

The adjustable-rate mortgage (ARM) share of activity remained unchanged at 9.3 percent of total applications according to MBA’s latest report.

Meanwhile, consumer prices rose 1.2 percent, due in part to the ongoing war in Ukraine, as anti-Russian sanctions and a reduced global supply of key exports due to Chinese lockdowns have helped drive prices higher.

No fewer than 30 percent of Americans since 2014 have favored real estate as their top long-term investment, with those numbers exceeding 40 percent for the first time in 2021.

Only lower-income Americans differ from the other major demographic groups and are divided about evenly between real estate, stocks, and gold.