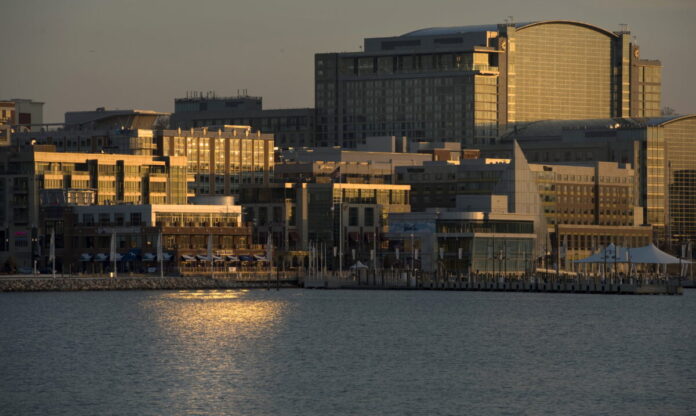 COLLEGE PARK, Md.—A Maryland man has become mentally competent to stand trial more than two years after he was charged with planning an ISIS-inspired attack at a shopping and entertainment complex near Washington, D.C., a federal judge ruled Tuesday.

Rondell Henry’s attorneys notified the court last Friday that he intends to pursue an insanity defense. Henry, 31, of Germantown, Maryland, was charged in 2019 with attempting to provide material support to a foreign terrorist organization, the ISIS group.

U.S. District Judge Paula Xinis agreed Tuesday to order a psychiatric examination of Henry to determine whether he was insane around the time of his alleged offenses. The judge also ruled Henry is mentally competent to stand trial, can understand the charges against him, and is capable of assisting in his defense.

Xinis had ruled in February 2020 that Henry was not competent to stand trial. She repeatedly extended Henry’s court-ordered hospitalization.

But the judge said a March 31 report on Henry’s medical condition found experts had restored his mental competence and that he is “doing much better.” Defense attorney Christian Lassiter, an assistant federal public defender, said he does not dispute that finding.

“In fact, I think it corresponds directly with my own direct observations (of Henry),” Lassiter added.

When Xinis asked Henry how he is feeling, he said, “I’m feeling good.”

“Are you feeling well enough to make decisions for yourself?” the judge asked.

The judge said Henry appears to be “quite keyed in and healthy, which is good.”

Henry is accused of stealing a U-Haul van in Virginia and parking it at the National Harbor, a popular waterfront destination just outside the nation’s capital. Police arrested him the next morning after they found the van and saw Henry jump over a security fence.

Henry told investigators he planned to carry out an attack like one in which a driver ran over and killed dozens of people in Nice, France, in 2016, authorities said. A federal prosecutor has said Henry intended to kill as many “disbelievers” as possible.

In 2019, a court-appointed forensic psychologist from the Federal Bureau of Prisons found “ample evidence” that Henry was mentally unfit to assist in his defense.

Henry has been detained at a federal medical facility in Butner, North Carolina. He does not have a trial date yet. The judge scheduled a June 27 status hearing for the case.

Prosecutors have said Henry watched ISIS group propaganda videos of foreign terrorists beheading civilians and fighting overseas. Investigators said they recovered a phone Henry had discarded on a highway in an apparent attempt to conceal evidence, including images of the ISIS flag, armed ISIS terrorists, and the man who carried out the 2016 Pulse nightclub massacre in Orlando, Florida.

Henry is a naturalized U.S. citizen who moved to the country from Trinidad and Tobago more than a decade ago.