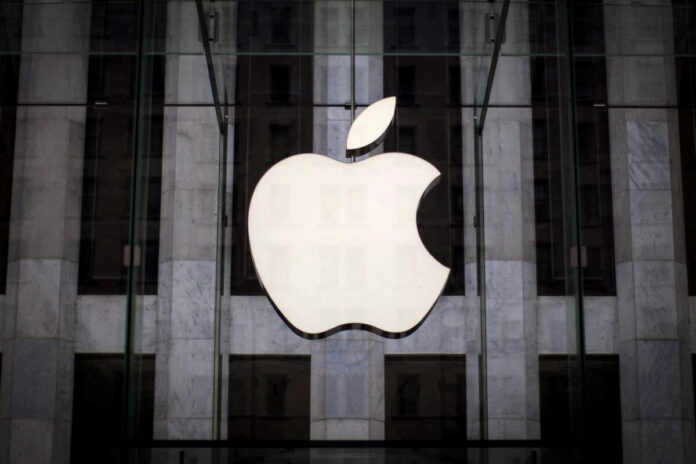 Workers at an Apple store in Maryland have announced their first steps to unionize, becoming the third store to start such an effort, setting up a potential labor battle with Apple, according to a report from The Washington Post.

The International Association of Machinists and Aerospace Workers (IAM) confirmed on May 3 that they have been coordinating with organizers at the Towson Mall location, near Baltimore, to help them form a union and claim that they have a majority of the employee signatures to assist in scheduling an election.

The union and the employee activists call their new union the Coalition of Organized Retail Employees (AppleCORE) and sent Apple CEO Tim Cook a letter, informing him of their decision to organize a union, claiming they have “a solid majority” of support from their coworkers.

The organizers said that they have the backing of more than 65 percent of the employees who are eligible to vote, giving them a supermajority that would be difficult for the tech retailer to override.

The pro-union workers said that they are not trying to “go against or create conflict with” Apple management and note “access to rights we do not currently have” as a primary reason for their attempt.

Last month, the Apple store at the Cumberland Mall in Atlanta, Georgia, became the first to file for a union election and workers at Apple’s Grand Central Terminal retail store in New York City announced steps to unionize.

The Washington Post reported that the employees express similar demands from other Apple stores attempting to unionize, such as having bargaining power when it comes to determining their pay, hours, and safety conditions regarding the CCP (Chinese Communist Party) virus.

However, workers at the different stores have varying but similar demands, with those in New York asking for a $30 minimum wage, while demands by employees in Atlanta revolve around “transparency around pay inequality, cost of living adjustments, and real living wages.”

Organizers have said that while Apple’s revenue has grown rapidly with $97.3 billion in revenue in its fiscal second quarter, the company has been slow to increase worker pay, according to the Post.

There has been a wave of retail worker activism across the country since the pandemic hit in early 2020, leading to a strained labor market.

Store employees at several major service and retail companies, like Starbucks, Amazon, and Apple have seized the opportunity to demand higher wages and more benefits.

The activists have requested that Apple and its CEO voluntarily recognize their union and said that they intend to file paperwork with the National Labor Relations Board (NRLB) in the coming days to hold an election, if the company refuses to do so.

“Today we are asking you to do the same and to pledge not to use your resources to engage in an anti-union campaign to dissuade us. We ask that you voluntarily recognize our union so we can begin working together as equals in a spirit of cooperation and collaboration,” said a joint statement from IAM and the organizers.

If the NRLB agrees that there is enough support for a union, Apple and the organizers will have to determine who would be eligible to join the union and vote, before a date is decided for the election.

On May 3, Apple finally acceded to demands by agreeing to schedule a union vote on June 2 with the workers in Atlanta.

“We are fortunate to have incredible retail team members and we deeply value everything they bring to Apple. We are pleased to offer very strong compensation and benefits for full time and part time employees, including health care, tuition reimbursement, new parental leave, paid family leave, annual stock grants and many other benefits,” said Apple in response to the petitions in Atlanta.

Meanwhile, a group of Apple corporate office employees have formed an organization known as Apple Together.

The group recently protested the company’s new return to office plan for corporate employees, which includes a hybrid schedule of three days in the office and two flexible days where employees can work remotely.

They claim that the highly segmented structure of Apple’s corporate offices makes it hard to interact with colleagues, that keeping employees at offices hurts diversity, and that commuter times cut into their productivity.

The letter writers also complain that Apple’s employees working remotely are not able to make products that will satisfy customers, especially if they lack the experience of enjoying the product themselves while away from the office.

Unionization efforts at Apple so far are the work of several independent groups, rather than being driven by one of the national labor unions, like at Starbucks.

The three Apple stores have partnered with different established unions, with Atlanta and the Communications Workers of America, New York with Workers United, and the workers in Maryland with the International Association of Machinists and Aerospace Workers.