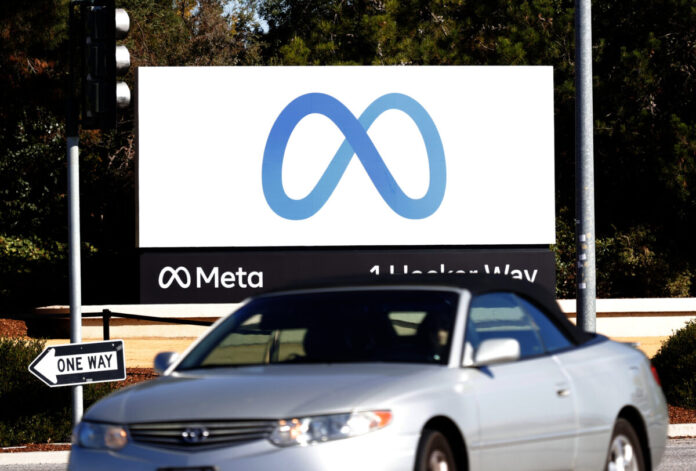 By Robert Channick
From Chicago Tribune

Meta, the social media giant formerly known as Facebook, is expanding its massive $1 billion data center under construction in DeKalb to nearly 2.4 million square feet, putting the college town west of Chicago at the center of its metaverse.

Slated to open next year, the five-building complex filled with servers and other computing equipment will create 200 jobs and power everything from Facebook posts to Instagram photos as one of 17 Meta data centers across the U.S.

“This is the physical backbone of all of our apps and services,” said Meta spokesman Tom Parnell.

The expansion, announced Thursday, will make the DeKalb data center one of Meta’s largest facilities, and an integral part of its ambitious plans to expand its social media platforms into an immersive virtual reality experience, Parnell said.

Meta’s bricks-and-mortar data centers supply the massive computing power needed to share information and connect users on the evolving social media platforms. The company has 14 data centers operating in the U.S., with three under construction, including DeKalb.

The DeKalb data center broke ground in 2020, starting with two buildings that are now 70 percent complete, Parnell said. Construction on the three additional buildings began in January, and the infrastructure buildout at the sprawling 505-acre site is expected to be finished in 2023.

Meta is hiring 200 workers to operate the facility, with positions ranging from technicians and electrical engineers to culinary staff. About half of the employees are already onboard, preparing the data center for its launch next year.

“The impact Meta has made within the City of DeKalb goes beyond just an economic one,” DeKalb Mayor Cohen Barnes said in a news release. “Since day one, they have made a concerted effort to make a larger impact on DeKalb, and I look forward, with this announcement, to seeing that partnership continue to grow over the years to come.”

The demand for data centers has been growing exponentially in recent years, spurred by the heightened need for cloud technology and remote connectivity during the COVID-19 pandemic, which saw work-from-home go mainstream. The adoption of long-term hybrid strategies for many companies portends continued growth, according to industry analysts.

The Chicago area is tied with Atlanta as the fourth-largest data center market in the world, behind Northern Virginia, Silicon Valley and Singapore, according to a new study by Cushman & Wakefield. The study cites low cost of land, a robust development pipeline and lower power costs than most large data centers as advantages for Chicago.

The study also notes that Chicago-area sites come with “sizable incentives,” a factor that helped bring Facebook/Meta to DeKalb.

In 2019, Illinois created the Data Center Investment Program, offering an exemption from state and local sales and use taxes for companies that invest at least $250 million and create 20 new operational jobs in a data center. The program also requires the data center to be carbon-neutral.

As part of the green building requirement, Meta is partnering with the University of Illinois at Urbana-Champaign to develop a more sustainable concrete mix for construction of the data center. Meta has also invested in two new wind energy projects in Morgan and DeWitt counties, looking to support the DeKalb data center with 100 percent renewable energy.

One thing the DeKalb data center ostensibly won’t be processing is facial recognition technology, after Facebook agreed to pay $650 million in a landmark settlement over alleged violations of Illinois’ biometric privacy law.

In November, Facebook announced it would shut down its facial recognition system amid “growing concerns” over the widespread use of the technology. As a result, Facebook said it planned to delete more than a billion facial recognition templates it had stored, putting an end to the feature that automatically recognized if people’s faces appear in memories, photos or videos.

About 1.6 million Illinois Facebook users who filed claims can expect to receive their $397 checks beginning May 9, according to Chicago attorney Jay Edelson, who brought the lawsuit against Facebook seven years ago.