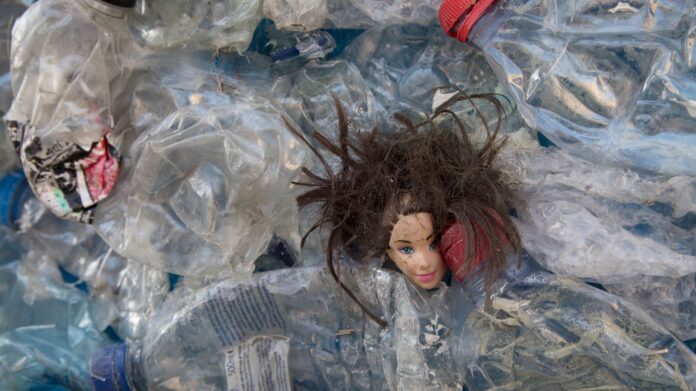 California’s attorney general opened a sweeping investigation into the fossil fuel and petrochemical industry on Thursday over its alleged role in the spread of rampant plastic pollution, issuing a subpoena to ExxonMobil and vowing to hold polluters responsible for any crimes.

Attorney General Rob Bonta said that the investigation will focus on what he called a “half-century campaign of deception” and that it will target companies “that have caused and exacerbated the global plastics pollution crisis.” Plastic pollution has long been a tentpole environmental issue, with conservationists decrying the spread of plastics to the remotest corners of the Arctic, into the planet’s geology and in the bodies of everything from the stomachs of sea birds to human lungs.

“Enough is enough,” Bonta said in a statement Thursday. “For more than half a century, the plastics industry has engaged in an aggressive campaign to deceive the public, perpetuating a myth that recycling can solve the plastics crisis. The truth is: The vast majority of plastic cannot be recycled.”

#BREAKING: We’re launching an investigation into the plastics industry for its role in causing the global #plasticpollution crisis and deceiving the public.

Plastic pollution is seeping into our water, poisoning our environment and blighting our landscapes.

For more than 50 yrs, the plastics industry has engaged in an aggressive campaign to deceive the public that recycling can solve the plastics crisis.

The truth is: the vast majority of plastic cannot be recycled.

We’re going to find out more about this campaign of deception. pic.twitter.com/n2bD6uOFQb

The Los Angeles Times noted that Bonta’s investigation comes as lawmakers across California work to reduce plastic waste and ban some types of single-use plastic. A proposed measure on the California ballot in November could give voters the chance to mandate all single-use plastic packaging be recyclable, refillable or compostable by 2030.

Exxon is the first company to receive a subpoena, but Reuters reported that other companies are likely to get a call from Bonta’s office. The attorney general said in a news conference he believed Exxon was a “major source of global plastics pollution” and that it had used deceptive practices for decades, The Hill reported.

Despite a widespread belief that many plastics are recyclable, less than 9% of plastics were recycled in the U.S. in 2018, according to the Environmental Protection Agency. The remaining 91% ends up in landfills, is incinerated or winds up in the environment.

A 2020 report by NPR and PBS’ “Frontline” found the plastics industry knew recycling the products would be prohibitively “costly” and “infeasible” as early as the 1970s. But the industry spent millions of dollars a year touting the benefits of plastic and encouraging consumers to recycle anyway.

Bonta said his office would target the industry’s effort to minimize public understanding about the “harmful consequences of these products,” homing in on the “historic and ongoing efforts to deceive the public.”

“The plastics industry, comprised of major fossil fuel and petrochemical companies, began an aggressive ― and deceptive ― marketing and advertising campaign to convince the public that they could recycle their way out of the plastic waste problem,” he said Thursday. “Executives at major fossil fuel companies, however, knew the truth.”