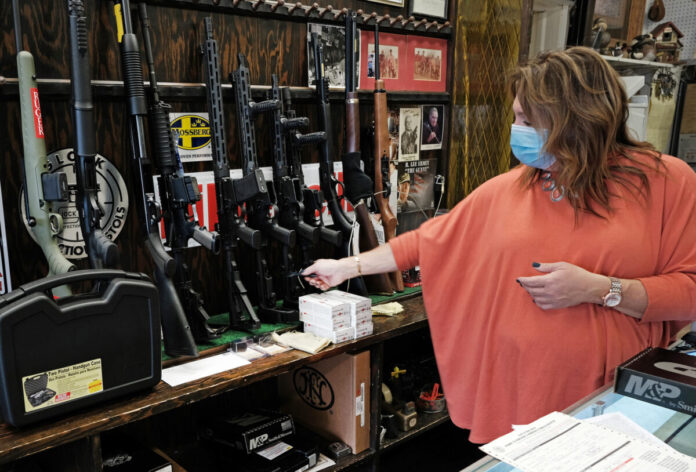 “While crime spikes across our nation and especially within our major cities, President Biden’s administration continues to push regulations requiring law-abiding citizens to jump through more hoops to exercise their Second Amendment rights instead of targeting violent criminals and those failing to hold them accountable,” Boozman and Cotton said in a joint statement.

“We’re proud to defend responsible gun owners against this overreach and ensure the federal government does not create a backdoor national gun registry.”

In their statement, Boozman and Cotton said the CRA is needed because Biden “is seeking to institute a final rule redefining a ‘firearm’ under federal law to not only mean a complete product but also its individual parts often included in a weapons parts kit.”

“If implemented, this new rule would require gun kits and gun parts to be regulated as if they were fully functional firearms—meaning they wouldn’t be able to be sold without a serial number or without the buyer having to undergo a background check,” the statement reads.

“The new rule would also require those with Federal Firearms Licenses (FFL) to retain records permanently, in effect creating a national firearms registry. The current rule, which the Biden administration seeks to change, allows for the disposal of records after 20 years.”

Biden’s proposal was unveiled on April 11 in a White House presentation, based on a regulatory proposal from the Department of Justice’s Bureau of Alcohol, Tobacco, and Firearms (ATF).

The proposed rule is aimed at so-called ghost guns that are assembled from parts obtained from disparate sources or bought together as a kit. The individual parts don’t have serial numbers and neither do the completed firearms when the kits are assembled.

Whether the availability of ghost guns has any effect on crime rates, particularly those involving murder and armed robbery, is unknown. The Department of Justice has stated that an estimated 24,000 ghost guns were recovered at crime scenes between 2016 and 2020.

But federal data show that just in 2020, there were 19,400 murders reported, more than three times the annual average for ghost guns found at crime scenes. In addition, gun sales totaled nearly 21 million, including both handguns and long guns, so ghost guns represent a minute fraction of all guns in private hands.

To date in 2022, there have been 6,082 deaths involving firearms used in homicides or accidents, according to the Gun Violence Archive.

The CRA was approved by Congress in 1996 as part of the Republican majority’s “Contract With America” reforms that led to the party’s 1994 election landslide that resulted in the first Republican control of Congress in 40 years.

“The CRA allows Congress to review ‘major’ rules issued by federal agencies before the rules take effect. Congress may also disapprove new rules, resulting in the rules having no force or effect,” the Government Accountability Office said.

Despite being a much-heralded legislative accomplishment by Republicans, the CRA has played virtually no role in reducing the continually growing maze of federal regulations. President Bill Clinton signed the law, but none of his administration’s proposed rules were revoked.

Only one rule was revoked under his successor, George W. Bush. President Barack Obama saw none of his rules revoked. President Donald Trump, however, had 16 proposed rules revoked by Congress using the CRA process. Biden has had three such revocations to this point in his presidency.

Proposed federal regulations are published in the daily Federal Register. The highest annual total of pages for the publication came under Obama in 2016, with more than 95,000. The total dropped to slightly more than 71,000 in 2020, Trump’s last full year in office.

Congressional Correspondent for The Epoch Times.