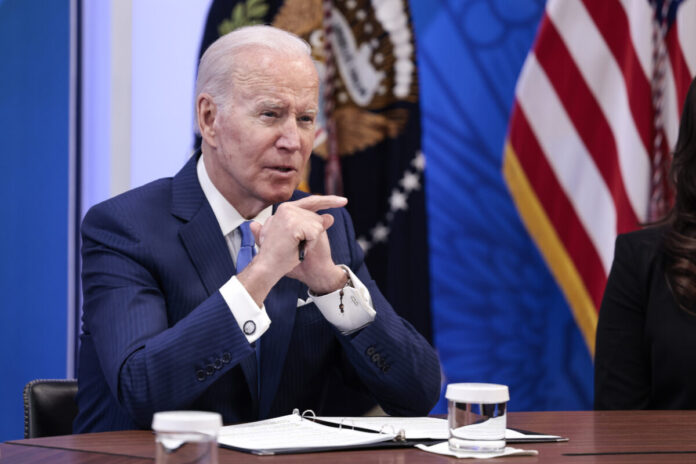 The Biden administration on Friday issued an emergency waiver allowing E15 gasoline, which uses a 15 percent ethanol blend, to be sold across the United States over the summer in a bid to alleviate higher gas prices in recent weeks.

“The president is committed to doing everything he can to address the pain Americans are feeling at the pump,” White House press secretary Jen Psaki told reporters about the emergency waiver, claiming it is a “critical step to address the fuel supply crisis.”

“At current prices, E15 can save a family 10 cents per gallon of gas on average and many stores sell E15 at an even greater discount, and today’s waiver will allow families to pay that lower price for months to come,” Psaki continued, while also blaming the spike in gas prices on the Ukraine-Russia war.

According to a notice published by the U.S. Environmental Protection Agency (EPA), the administration “is issuing an emergency fuel waiver to allow E15 gasoline … to be sold during the summer driving season.” The EPA also made sure to blame the conflict in Ukraine for the surge in the cost of gas, although prices had been steadily rising throughout 2021.

There have been warnings issued by various groups and websites over the years that E15 gas can be corrosive to certain metals and rubber components within cars’ engines. In 2012, automotive group AAA issued a warning about E15 gas and called on retailers at the time to stop selling the product, arguing that it could void some cars’ warranties.

But the EPA has long said that fuel containing 15 percent ethanol is safe for most cars, trucks, and SUVs made in the year 2001 or later. Critics have said that E15 is a dirtier fuel, and it is usually prohibited between June 1 and Sept. 15 in some states because it can add smog in higher temperatures, according to The Associated Press.

E15, known as unleaded 88, is not recommended for use in motorcycles, the EPA has previously acknowledged—although that wasn’t mentioned in the agency’s Friday announcement. Gasoline blended with 10 percent ethanol has become the standard for most of the nation’s gas stations.

Last year, American Motorcyclist Association filed a lawsuit against the EPA over its policies around E15, arguing “that fuel blends containing more than the standard 10 percent ethanol” have “damaged engines and exhaust systems,” according to a statement from the group in July 2021.

The EPA’s emergency fuel waiver will go into effect starting on May 1 “when terminal operators would otherwise no longer be able to sell E15 in the effected regions of the country and will last for the statutory maximum of 20 days,” according to the agency.

“EPA will continue to monitor the supply with industry and federal partners, and the Agency expects to issue new waivers effectively extending the emergency fuel waiver until such time as the extreme and unusual fuel supply circumstances due to the war in Ukraine are no longer present,” it continued to say.