US is ‘Ceding the Indo-Pacific to China’: Rep. Wagner 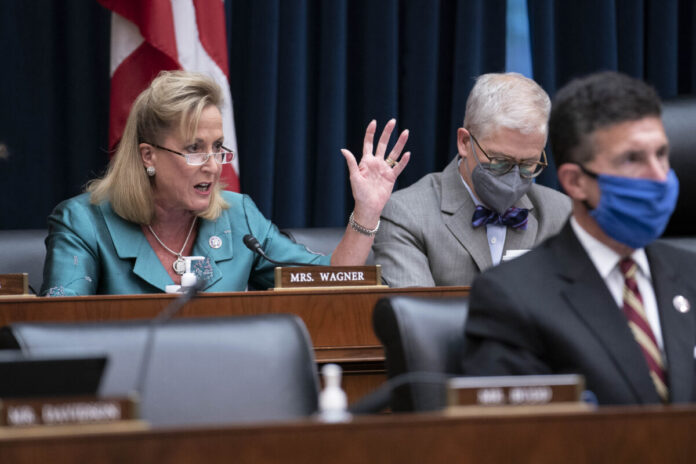 The United States’ allies in southeast Asia fear that the U.S. is needlessly ceding its power and influence in the region to the Chinese Communist Party, according to one co-chair of the Congressional Caucus on the Association of Southeast Asian Nations.

“One fear I have heard time and again from southeast Asian leaders is that the United States is ceding the Indo-Pacific to China,” said Rep. Ann Wagner (R-Mo.).

“Our partners are desperate for the United States to demonstrate strength and leadership in the region, and they are deeply concerned that, without robust U.S. engagement, Indo-Pacific countries will grow ever more reliant on the People’s Republic of China,” she added, referring to the official name of the Chinese regime.

Wagner made the comments during an April 28 hearing with Secretary of State Antony Blinken on the State Department’s FY23 budget request.

She added that U.S. partners, including Taiwan, were alarmed that the Biden administration was apparently “refusing” to interact with either transparency or candor, and was “letting this moment slip away.”

Specifically, Wagner said that Taiwan’s leadership considered joining the proposed Indo-Pacific Economic Framework to be its number one diplomatic priority, but that the Taiwanese government was rebuffed by the United States when it sought to be a partner in the deal.

“I am particularly concerned that Taiwan is being shut out of the Indo-Pacific Economic Framework,” Wagner said.

“Even though the administration can try to hide this by never formally ‘closing the door’, so to speak, to future participation, Taiwan’s offer to become a full member is not being accepted.”

Wagner said the administration’s refusal to welcome Taiwan as a partner to the framework directly undermined the nation’s position in the region, and threatened its future security and economy.

“This policy is self-defeating and dangerous, frankly,” Wagner said. “Taiwan was our eighth largest trading partner last year and one of our largest, certainly, in Asia.”

“As a rule-of-law democracy and a top trading partner, Taiwan should certainly be a priority for the framework, but instead this administration is marginalizing Taiwan and demonstrating to the Chinese Communist Party that the United States is deterred from working with a critical partner.”

“It truly does not make any sense.”

The Chinese Communist Party (CCP) formally maintains that Taiwan is a breakaway province of China, and CCP leader Xi Jinping has vowed to unite it with the mainland. Taiwan has been self-governed since 1949, however, and has never been controlled by the CCP.

Blinken did not commit an answer one way or the other as to whether Taiwan would be a full partner to the framework, but said that the structure was only in its initial stages, and that the door would remain open.

“We’re just getting this off the ground.”

The question of how long the process of getting the framework yp and running was a matter of debate, however. Moreover, other members of the House Foreign Affairs Committee believed that an invasion of Taiwan by the CCP could happen in the near future, and that the United States would need to do more to protect it from such aggression.

Rep. Michael McCaul (R-Texas) said that the “unholy alliance” between China and Russia was something of a guarantee of CCP aggression, and that the regime was watching Russia’s invasion of Ukraine closely in order to inform its own attempt to take Taiwan.

“It’s clear that they’re preparing for some sort of conflict whether it’s military or otherwise,” McCaul said.

“The United States must act now to prevent such an invasion.”

McCaul further said that it was not a question of “if” the CCP would attack, but “when.”

To that end, he also questioned the Biden administration’s dedication to deterring conflict in the Indo-Pacific, and said that Patriot missile batteries that had been approved for shipment to Taiwan nearly two years ago had still not been given over.

Blinken said that supply chain woes made it difficult to get the necessary weapons to Taiwan in a timely fashion, but that the administration believed arming Taiwan was vital to deterring conflict and was still dedicated to the idea.

“I agree with you that it is vital that Taiwan has the means to defend itself because we’ve seen the mounting aggression,” Blinken said.