Oregon Voters in a Sour Mood Ahead of May 17 Primaries 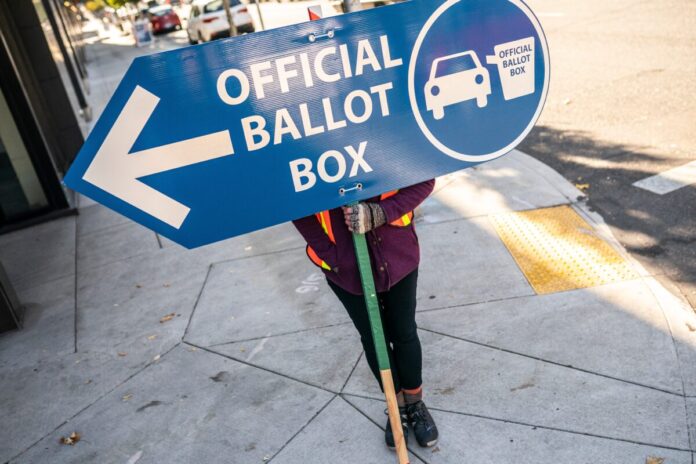 Oregon voters are in a sour mood as they head into the May 17 primaries.

According to a February poll conducted by DHM Research, only 18 percent of Oregonians think the state is headed in the right direction. That’s the lowest number recorded in DHM Research surveys dating back to 1993.

Of concern for Democrats is the dissatisfaction with current leadership.

Oregon Democrats in the state have what political analysts call a “triplex”—one party holds the offices of governor, attorney general, and secretary of state. The party also holds majorities in both chambers of the Legislature and the treasurer’s office. Both U.S. Senators and four of five U.S. House members are Democrats.

Given a choice between the two parties, 29 percent of survey respondents said they would vote for a Democrat for Governor while 47 percent preferred a Republican.

Respondents also preferred a political outsider (47 percent) versus someone with experience in elected office (27 percent) and were slightly more concerned about a candidate’s economic policies (48 percent) than their social positions (43 percent).

Those numbers may not bode well for Democratic gubernatorial primary candidates Tina Kotek, the former House Speaker who has been a dominant political figure in Oregon for 10 years, and State Treasurer Tobias Read, another political insider.

Already, candidate Betsy Johnson, who left the Democratic party before announcing an Independent bid for Governor, is attacking Kotek as “Kate Brown Jr.” in reference to the current Democratic governor, who is not eligible to run for re-election due to term limits.

In the DHM survey, 72 percent of respondents had a very or somewhat negative view of Brown. Respondents also viewed President Joe Biden negatively (63 percent). That’s more than those who hold the same view of former President Donald Trump (54 percent).

Of those surveyed, 55 percent rate Oregon’s economy as poor or very poor and 62 percent say it is getting worse.

After five ballot measures over 20 years asking voters to approve a sales tax (on top of income and other income taxes), 66 percent of respondents continue to oppose the idea while 30 percent indicated support.

The DHM survey was taken before recent revelations of CRT and transgender agendas in Oregon schools that have angered many parents.

On that note, 50 percent of respondents identified themselves as male and 50 percent as female.

Despite the poor polling, Democrats have numbers on their side.

Of Oregon’s 2.9 million registered voters, 1,019,668 are Democrats compared with 723,728 Republicans, according to the Oregon Secretary of State’s office.

For the first time in the state’s history, non-affiliated voters now outnumber those of either party with slightly more than 1.2 million, thanks in part to the state’s 2015 Motor Voter law.

But in Oregon’s closed primaries, only registered Democrats or Republicans may vote for most offices.

That means more than 34 percent of the electorate is barred from voting in publicly funded primary elections, which is yet another source of dissatisfaction or Oregon voters.

A movement is underway to amend the state Constitution to allow open primaries.

Meanwhile, Democrats have seen declining support from these non-affiliated voters since the 2020 elections.