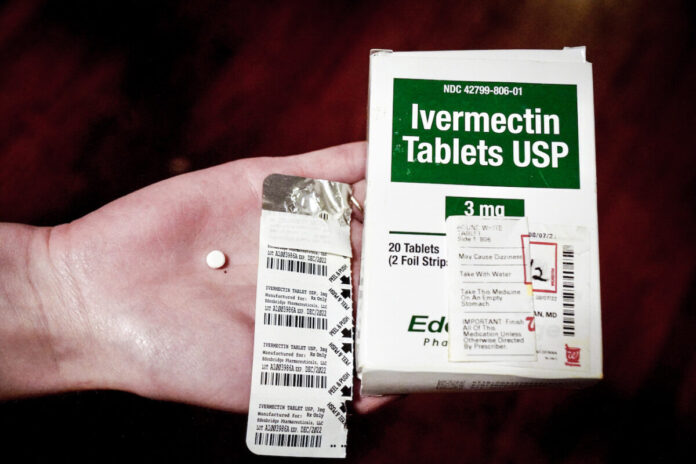 New Hampshire took another step closer to becoming the second state to make human-grade ivermectin available without a prescription.

By a late night 3-2 vote on April 26, the Senate Health and Human Services (HHS) Committee, voted that HB1022 “ought to pass” with an amendment that it would expire in two years. On April 27, Republican Tennessee Gov. Bill Lee signed a similar bill into law.

Tom Sherman, a doctor, and one of the two Democrats that voted against the bill on the HHS Committee called making ivermectin available without a prescription “irresponsible.”

Several New Hampshire doctors have testified in support of making the drug available over the counter.

One of the most impassioned testimonies came from the father who spent several months battling an attempt by the New Hampshire Division of Children Youth and Family (DCYF) to take custody of his teenage son after giving the son ivermectin as a treatment for COVID-19.

“The agency has fundamental and structural issues that allowed it to continue without merit abusing our family for over three months over a medication that the N.H. state committee has agreed should be available over the counter,” J.R. Hoell told The Epoch Times following the committee vote.

Hoell, a former state representative and a founder of a conservative watchdog group, was charged with child abuse and neglect hours after mentioning to a nurse practitioner that he had given his 13-year-old son ivermectin.

In January, Hoell told The Epoch Times that a DCYF social worker showed up at his house with police, an ex-parte custody order issued by a New Hampshire family court judge, and an ambulance to transport his 13-year-old son to the hospital over the ivermectin he had given him three months earlier.

Hoell told The Epoch Times he obtained human-grade ivermectin from an online pharmacy based in India.

Following his recent testimony, Hoell revealed that a family court judge recently dismissed the charges against him following a hearing on them.

However, Hoell said he still remains under a court-ordered gag order and, therefore, could not comment further on the case.

In his only mention of his case during testimony before the committee, Hoell said the state’s actions against him cost him in excess of $60,000 in legal and expert fees.

At a previous hearing before the committee, Paula Minnehan, senior vice president of government relations for the New Hampshire Hospital Association, expressed concern that making ivermectin available without a prescription is akin to falsely promoting it as an effective treatment against COVID-19.

“The FDA has not authorized or approved ivermectin for use in preventing or treating COVID in humans—I think that is so fundamental to all of this discussion,” said Minnehan, “No one is saying ivermectin is not a safe drug, they’re saying it’s not been proven to treat COVID. ”

In addition to New Hampshire and Tennessee, a similar pending bill in Kansas.

Hearings held in all three states have included testimony from several people who gave personal accounts of recovering from severe cases of COVID-19 after taking ivermectin.

There is no current law that prohibits doctors anywhere from prescribing ivermectin as an off-label treatment of COVID-19. However, doctors who have done so have been disciplined by their state’s licensing board with some having their licenses suspended.

While it is not considered safe in pregnant women, according to a 2021 German study, only 16 deaths have been attributed to ivermectin out of the 3.9 billion doses surveyed.

New Hampshire Democrat Jerry Kanark, a retired physician opposed to over-the-counter Ivermectin, said studies that show ivermectin as an effective treatment and prevention of COVID-19 are “really quite flawed” because they used too small a sample size or they involved the use of other medication.

As part of its amendment to NH HB1022, the committee also voted to establish a committee to study the use of ivermectin.