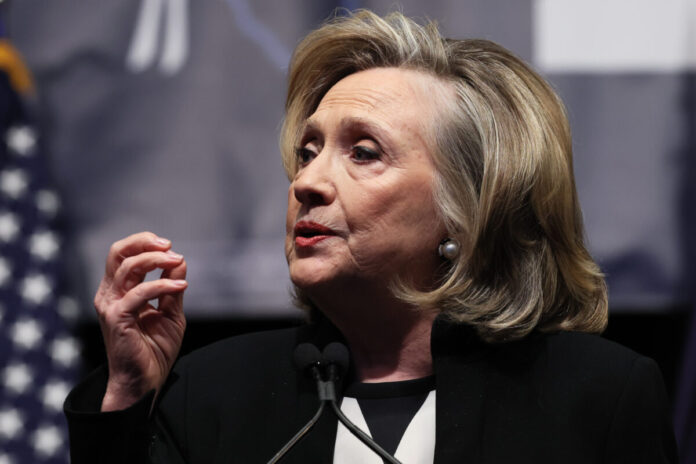 A yearslong investigation into the matter, triggered by multiple complaints, led commission lawyers to conclude that payments reported as legal services actually went to Fusion to dig into Trump, documents released on April 28 show.

The campaign, Hillary for America (HFA), and the DNC tapped the law firm Perkins Coie to assist them with legal matters ahead of the 2016 election. Perkins contracted Fusion, a firm founded by former Wall Street Journal reporters. Fusion later paid Christopher Steele, the ex-British spy who compiled the infamous Trump–Russia dossier.

The government investigation started in 2018 after the Coolidge Reagan Foundation and two other parties lodged separate complaints asserting the Democrat entities violated federal law that requires political committees to report disbursements over $200 per year.

“By intentionally obscuring their payments through Perkins Coie and failing to publicly disclose the true purpose of those payments, HFA and the DNC were able to avoid publicly reporting on their statutorily required FEC disclosure forms the fact that they were paying Fusion GPS to perform opposition research on Trump with the intent of influencing the outcome of the 2016 presidential election,” the Coolidge complaint stated.

The new documents show the accused objecting to the accusations, alleging Fusion’s work was entirely in support of Perkins’ legal services for the campaign and the DNC.

“There’s really no evidence in the record that Fusion GPS wasn’t in furtherance of Perkins Coie’s legal services,” he added later.

But a review of the arguments offered by the parties, and the documents they shared in response to subpoenas—including wire payments, copies of checks, and invoices—provided evidence that Fusion was performing opposition research, not helping with legal services.

“Comparing the invoices from Perkins Coie with those from Fusion make clear that Perkins Coie billed the DNC and HFA for 100% of the services rendered by Fusion to Perkins Coie, because the amounts and dates of the invoices match,” FEC lawyers said.

In their initial report, the counsel said that available information “suggests that HFA and the DNC did not properly disclose the purpose of the disbursements to Perkins Coie, for what appears to have been opposition research done by Fusion.” They also said there were signs that the entities were aware of Fusion’s work, including how Marc Elias, formerly of both Perkins and the Clinton campaign, received briefings from Fusion’s Glenn Simpson on the research and briefed Robby Mook, HFA’s campaign manager, on what he learned. Mook, meanwhile, provided the budget authorization to Perkins for research into Trump’s businesses. Simpson told congressional investigators that he believed Perkins engaged Fusion on behalf of other parties and knew Perkins represented the DNC.

The Clinton campaign and the DNC agreed to pay fines to settle the matter, but admitted no wrongdoing. The new documents provide more insight into the investigation that led to the settlements.

Dan Backer, who filed the complaint for Coolidge, told The Epoch Times recently that the case was “the first time that [Clinton] has actually been held accountable for misconduct … so I think it’s a great step for accountability.”

After the agreements were signed, commission lawyers recommended accepting them and closing the case. The FEC agreed. The commission also dismissed allegations against Steele, Elias, Perkins, and Fusion.

As far as the Steele dossier, commission lawyers said information they reviewed suggests Fusion did not provide a written copy to Elias or Perkins but did share oral reports to Elias, who “summarized some of that information for HFA and the DNC.” The dossier was not mentioned in the followup report.

Wilson told commissioners that there was no evidence in the record that the dossier was provided to Perkins, much less HFA or DNC.