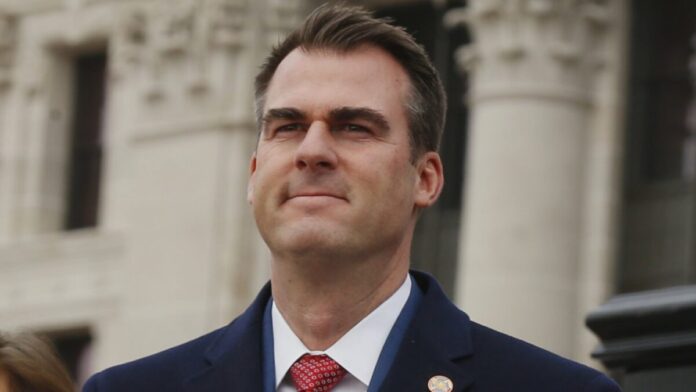 Oklahoma Gov. Kevin Stitt signed into law a bill on Tuesday that bans the option to indicate a nonbinary gender on state birth certificates.

While many states only provide the option of male or female on birth certificates, the latest move from the Republican governor makes Oklahoma the first state to ban the nonbinary option explicitly via legislation.

The summary of the bill (pdf) states that it “requires the biological sex designation on a birth certificate to be either male or female and prohibits a nonbinary or any symbol representing a nonbinary designation.” It adds, “The measure declares an emergency.”

SB 1100 also bars people from changing the gender on their birth certificates.

Stitt previously in November 2021 signed an executive order directing the state’s health department to stop amending and issuing birth certificates that have an option to indicate nonbinary as a gender.

At the time, the Oklahoma governor said the state health department was doing so without permission under Oklahoma law.

The Oklahoma State Department of Health had reached a settlement in May 2021 in which it agreed to add nonbinary as an option on birth certificates. This stemmed from a case in which Kit Lorelied, a person who identifies as nonbinary and born in Oklahoma, sued after the department initially refused Lorelied’s request to identify as nonbinary on the birth certificate.

Republican state Rep. Sheila Dills, one of the co-sponsors of the latest measure, Senate Bill 1100, said the bill is codifying Stitt’s executive order into law.

The bill was first proposed in February 2022. The measure passed in a party-line vote of 75–16 in the state House on April 21, before reaching Stitt’s desk.

Dills, in the closing debate, said: “The question before us is very simple. Do we want the truth on a birth certificate, a legal document, representing a person’s biological sex, or do we want a lie.”

In a statement after the bill passed the House, Dills said in a statement: “People are free to believe whatever they want about their identity, but science has determined people are either biologically male or female at birth.

“We want clarity and truth on official state documents. Information should be based on established medical fact and not an ever-changing social dialogue.”

Oklahoma City Representative Mauree Turner, a Democrat, and the only nonbinary member of the legislature, said she “cannot help but feel this bill is a personal attack,” according to the Tulsa World.

“I find it a very extreme and grotesque use of power in this body to write this law and try to pass it—when literally none of them live like us,” Turner posted on Twitter the day the bill was debated.

According to the Movement Advancement Project, a think tank, at least 16 U.S. states and the District of Columbia allow an alternative gender designation besides male or female on birth certificates, with Vermont’s new law going into effect on July 1.

Gabrielle Stephenson is a reporter covering world news. She is currently based in Australia.