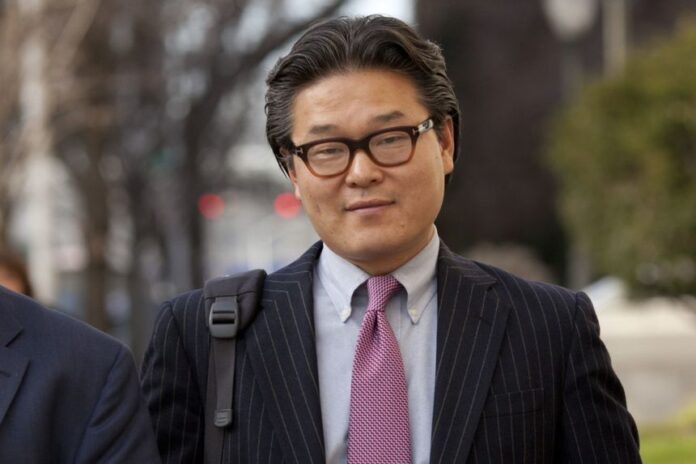 Founder of Archegos Capital Management, Bill Hwang, was arrested on April 27 after being indicted on charges of securities fraud, wire fraud, and racketeering, announced federal prosecutors for the Southern District of New York in Manhattan.

The head of the New York-based hedge fund, which collapsed in March 2021 after defaulting on margin calls, was taken into custody with the firm’s Chief Financial Officer Patrick Halligan, on allegations that the two men defrauded leading global investment banks and brokerages out of billions of dollars in interrelated schemes and manipulated the price of stocks.

The collapse of the firm shocked Wall Street after borrowing investments from banks and brokerages, saddling the firm with more than $10 billion in losses, according to the indictment.

The Securities and Exchange Commission said it will bring separate civil charges against Hwang, Halligan as well as William Tomita, the firm’s head trader, and Scott Becker, the former chief risk officer.

Halligan, Tomita, and Becker were accused of repeatedly making materially false and misleading statements, under orders from Hwang, about Archegos’s portfolio to their counterparties in the financial sector in an attempt to hide the firm’s misdeeds in order to maintain their scheme, allege prosecutors.

The alleged scam also incurred millions of dollars in losses for Archegos employees who had been required by the firm to hand over a substantial amount of their pay as deferred compensation.

“The defendants and their co-conspirators used Archegos, a family office that invested Hwang’s personal fortune, as an instrument of market manipulation and fraud, with far-reaching consequences,” said the indictment.

The charges, which were unsealed in an indictment in Manhattan federal court, accused Hwang and others of misleading their clients so that the private investment firm could grow its portfolio from $10 billion to over $160 billion.

In a separate statement, SEC Chair Gary Gensler announced that “the collapse of Archegos last spring demonstrated how activities by one firm can have far-reaching implications for investors and market participants.”

Hwang was able to expand the size of his family office portfolio from $1.5 billion to $35 billion from March 2020 through March 2021 via fraud.

“As a result, despite the size of Archegos’s positions, the investing public did not know that Archegos had come to dominate the trading and stock ownership of multiple companies,” said the federal indictment.

Hwang manipulated the market for several key securities in Archegos’s portfolio by unknowingly leading market participants in the scheme to believe that resulting share prices were the result of supply and demand, when he was actually manipulating things behind the scenes.

The financier was able to build up large concentrated positions in companies and held some positions in a mix of cash and swaps with money borrowed from major financial institutions.

The hedge fund took major risks by relying on massive leverage and risky derivatives to take concentrated positions in a handful of stocks, but which were highly vulnerable to price fluctuations.

His strategy used total return swaps that gave his firm the profits and losses on the stocks underlying the swap contracts, while his lenders held the securities, which allowed him to hide the extent of his alleged fraud from investors through the use of derivative securities that had no public disclosure requirement.

Prosecutors said that when securities owned by Archegos rose, Hwang would pump up his top-performing securities, often using swaps and then typically buying stock until he owned about 5 percent of a company’s outstanding shares.

According to the SEC, Archegos’ trading in some of its securities occasionally surpassed 40 percent of the stocks’ total daily trading volume and that it also engaged in manipulative trading at the end of the day in an effort to drive up and dominate the closing price of the top securities that it owned.

Archegos’s failed bet placed on ViacomCBS and Discovery in March 2021 led to a domino effect, leaving the hedge fund unable to meet its margin calls, forcing their brokers to immediately liquidate their positions.

Banks quickly attempted to liquidate their positions tied to Archegos, dumping tens of billions of market value from large companies, which in the end cost $10 billion in losses to counterparties such as Credit Suisse Group, Morgan Stanley, and Nomura.

Within days, over $100 billion in market value disappeared for the nearly dozen companies, banks, and prime brokers that were misled into participating in Hwang’s scheme.

“We allege that Hwang and Archegos propped up a $36 billion house of cards by engaging in a constant cycle of manipulative trading, lying to banks to obtain additional capacity, and then using that capacity to engage in still more manipulative trading,” said Gurbir Grewal, Director of the SEC’s Division of Enforcement.

“But the house of cards could only be sustained if that cycle of deceptive trading, lies and buying power continued uninterrupted, and once Archegos’s buying power was exhausted and stock prices fell, the entire structure collapsed, allegedly leaving Archegos’s counterparties billions in trading losses,” said Grewal.

An attorney for Hwang, Lawrence Lustberg, said he is “entirely innocent” and that there is “no evidence whatsoever that he committed any kind of crime.”

Lustberg said that Hwang’s legal defense was “extremely disappointed” with charges that they believe have “absolutely no factual or legal basis,” but that the former money manager will make himself “available” and will “fully” cooperate “with the government’s investigation.”

Mary Mulligan, the attorney representing Halligan, said that her client “is innocent and will be exonerated.”

Hwang and Halligan are expected to appear in federal court later today.

Meanwhile, Tomita and Becker, who were also named in the SEC civil suit, will face no criminal charges at this time.