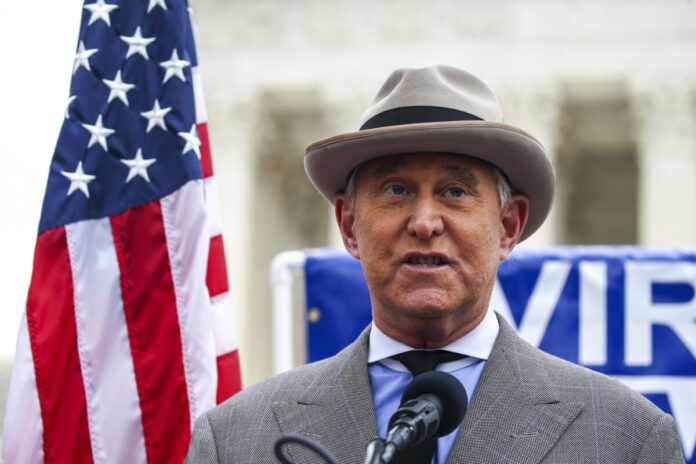 A new political party in Ontario seeking to establish itself as a more conservative alternative to the ruling Progressive Conservatives has announced it has hired Donald Trump’s former advisor Roger Stone as a campaign advisor.

“Roger Stone, a man synonymous with successful conservative political campaigns in the United States, most famously Donald Trump’s 2016 upset victory, has signed on to work for the Ontario Party as their Senior Strategic Advisor,” said a statement issued by the party on April 25.

Ontario Party Leader Derek Sloan said in a statement the same day that Stone’s insights “as a seasoned veteran of hard-nosed politics” will be “invaluable” to the party’s campaign.

In a video posted on the Ontario Party Twitter account, Stone said he’s “delighted” to join the campaign because he feels a sense of “solidarity” between the United States and Canada, saying personal liberties are under threat in both countries and much of the world.

“The real tragedy in your country is the Conservative Party has our label but does not have our principles,” he added. “There’s nothing conservative about them.”

Stone was embroiled in high-profile legal issues in the United States related to Robert Mueller’s special counsel investigation into alleged Russian interference in the 2016 U.S. election.

In November 2019, a jury found Stone guilty of obstructing the congressional investigation into Russian interference in the 2016 election and he was later sentenced to 40 months imprisonment.

Stone always maintained his innocence and was pardoned by Trump in July 2020.

“Roger Stone is a victim of the Russia Hoax that the Left and its allies in the media perpetuated for years in an attempt to undermine the Trump Presidency,” said the Trump White House in announcing the grant of clemency.

Stone also came under the spotlight for his alleged role in the Jan. 6, 2021, events in Washington D.C., when the U.S. Capitol was breached after a Trump rally called for the overturning of the presidential election.

Stone was subpoenaed in December 2021 to appear before the Democrat-dominated House Committee investigating the Jan. 6, 2021 events. While under questioning, Stone asserted his Fifth Amendment rights to every question to avoid self-incrimination, “not because I have done anything wrong, but because I am fully aware of the House Democrats’ long history of fabricating perjury charges,” he said at the time.

The Ontario Party, with the motto “Freedom, Family, and Faith,” is a socially conservative party that takes a stance against issues such as vaccine mandates, abortion, and suppression of conscience rights. The new political formation currently has 29 confirmed candidates for the upcoming June election.

The party’s leader, Sloan, is a former MP who was expelled from the Conservative Party by then-leader Erin O’Toole in January 2021. He ran unsuccessfully as an independent candidate in Alberta during the September 2021 federal elections.