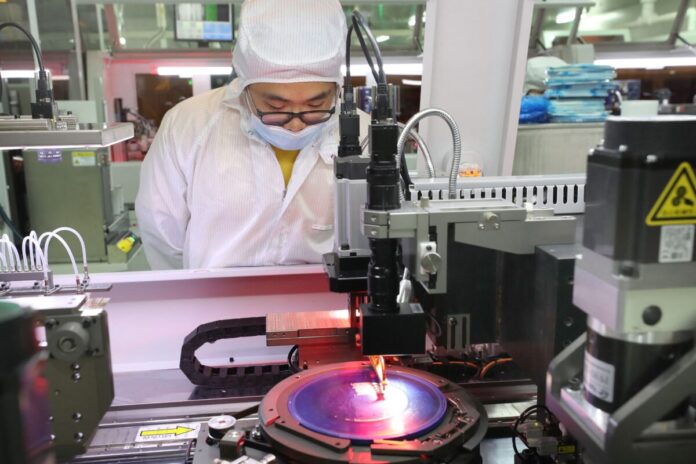 The convergence of Russian aggression and Chinese technologies presents a new and unique security threat to global supply chains, according to one security expert.

Clete Johnson, a partner at Wilkinson Barker Knauer, said that the Russian invasion of Ukraine and the partnership between Russia and China presented an “epochal shift” in the security space, possibly exceeding in consequence that of 9/11 or the end of World War II.

Speaking at an April 26 event hosted by the Atlantic Council, a Washington-based think tank, Johnson said that the security of information and communications technologies would shape the course of the coming decades.

Johnson said that “the confluence that we have with regard to the reliability and security of Chinese technology alongside the very real hard security considerations of what Russia might do,” presented a threat to global stability previously unimagined.

“Now, you have this confluence of two adversary powers, one of which is suddenly a violent aggressor,” Johnson said.

To curb the malign influence of authoritarianism, Johnson said that both the companies and governments of “free-market democratic” nations would need to work hand in hand, as a single team.

“The question for industry is how do you navigate all of the policies, regulations, and international jurisdictions,” Johnson said.

To that end, Johnson said that new policies would need to be developed internationally and built around the shared expertise and standards-setting.

In this, he echoed comments recently made by former director of national intelligence Dennis Blair, who warned that authoritarian and democratic systems were increasingly dividing the world into distinct “technospheres,” wherein their technologies were being built upon mutually unintelligible languages, rules, and norms.

Johnson said that the West would need to better leverage artificial intelligence and machine learning to detect anomalies in the global supply chain, as China and Russia could leverage their influence with third parties to limit access of political enemies to vital resources.

Johnson used the example of the Solar Winds attack, wherein threat actors pushed out a bad update to thousands of system users by getting into and co-opting a legitimate update service, thus disrupting supply chains in a manner that directly affected the U.S. government.

To that end, he said that new technologies would need to be constantly reevaluated for security and that a professional and legal culture would need to develop to become more accepting of finding, acknowledging, and ultimately repairing the damage from breaches and other shortcomings.

“Every invention since fire has been used by good guys and bad guys, in war and by criminals,” Johnson said. “That will certainly be the case through the future of supply chain security.”

“It’s in every organization’s interest to get these issues right.”