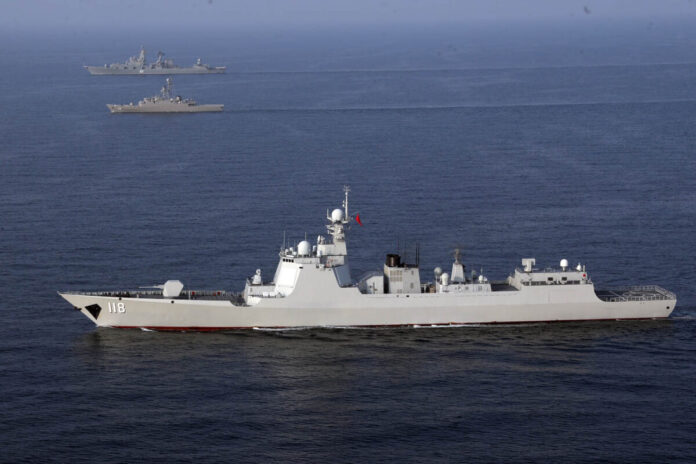 The world’s military expenditures in 2021 surpassed two trillion dollars for the first time ever, hitting $2.113 trillion, according to the Trends in World Military Expenditure 2021 report published by the Stockholm International Peace Research Institute (SIPRI) on April 25.

Global military spending in 2021 was 0.7 percent higher than in 2020 and 12 percent higher when compared to 2012. This is the seventh consecutive year of increase since 2015, with the COVID pandemic failing to put a stop to the “continuous upward trend,” the report (pdf) said.

The top 15 nations that spent the most amount of money on military accounted for 81 percent of global military expenditure. The United States topped the list by accounting for 38 percent of global spending, followed by China with 14 percent, India with 3.6 percent, the United Kingdom with 3.2 percent, and Russia with 3.1 percent. Iran ranked at the 14th spot, the first time in 20 years that the country has broken into the top 15 list.

“The increase in R&D spending over the decade 2012–21 suggests that the United States is focusing more on next-generation technologies,” Alexandra Marksteiner, Researcher with SIPRI’s Military Expenditure and Arms Production Programme, said in an April 25 SIPRI press release.

“The US Government has repeatedly stressed the need to preserve the US military’s technological edge over strategic competitors.”

China spent $293 billion on its military in 2021, an increase of 4.7 percent from 2020 and 72 percent from 2012. This is the 27th consecutive year that Beijing’s military spending has risen, the longest uninterrupted increase in SIPRI’s history.

Russia raised its military budget in the run-up to the war against Ukraine. This was the third consecutive year of military budget increase which mostly came from oil and gas profits. “The recent upward trend in Russian military spending followed a period of decline, which came in the wake of Western sanctions over Russia’s annexation of Crimea in 2014 and a sharp drop in energy prices in 2015,” the report stated.

Region-wise, the Americas accounted for 42 percent of global military spending, followed by Oceania with 28 percent, Europe with 20 percent, the Middle East with 8.8 percent, and Africa with 1.9 percent.