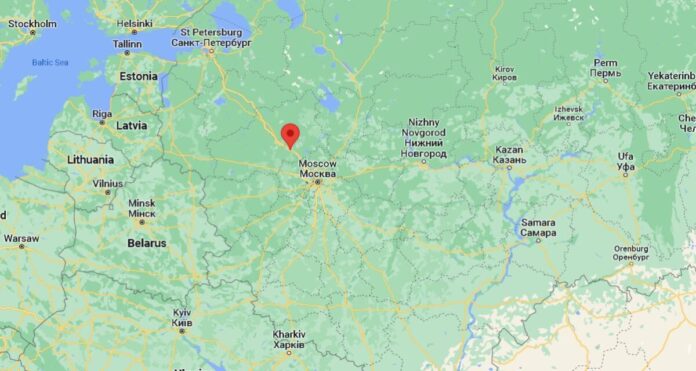 Seven people were killed on Thursday after a fire broke out at a defense research institute in the Russian city of Tver, emergency services officials said in state-run media.

Other officials told state-run TASS that about 25 people also sustained injuries, with many jumping out of the windows of the three-story building while the fire was raging.

An Ambulance crew spokesman told state-run TASS that “some of the victims inhaled smoke, others had bruises and injuries, as people fled the fire and jumped from windows.”

Preliminary reports said that the fire may have been triggered by an electrical wiring malfunction in the building. There was no official cause given for the blaze, while Russia’s Ministry of Defense has not issued a comment on the matter.

Around the same time, a fire also reportedly broke out at a chemical plant—the Dmitrievsky Chemical Plant in Kineshma—located about 330 miles away from Tver that made chemical solvents, officials said Thursday. Few details have been given about the chemical plant fire amid video footage that was uploaded of the purported incident on Thursday.

“Corruption and irresponsibility in russia (sic) has dealt another insidious blow to its war efforts. In Tver, a research institute that develops russia’s Iskander missiles and systems for SU-27 and TU-160 bombers, which have been destroying peaceful Ukrainian cities, has burned down,” it wrote on Twitter.

The incident occurs as the Russia-Ukraine conflict remains ongoing about two months after Moscow launched an invasion on Feb. 24.

On Friday, Rustam Minnekayev, deputy commander of Russia’s central military district, was quoted by Russian state news agencies as saying Moscow aimed to seize the entire eastern Donbass region, link up with the Crimea peninsula, and capture Ukraine’s entire south as far as a breakaway, Russian-occupied region of Moldova known as Transnistria.

Ukraine’s general staff said Russian forces had increased attacks along the whole frontline in the east and were trying to mount an offensive in the Kharkiv region, north of Russia’s main target, the Donbass.

Russia said on Thursday it had won the war’s biggest fight—the battle for the main port of the Donbass, Mariupol—after a nearly two-month siege. President Vladimir Putin said he had decided not to try to root out thousands of Ukrainian troops still holed up in a huge steelwork factory there, but to barricade them inside instead.

Top White House officials dismissed Moscow’s claims on Thursday, with Pentagon press secretary John Kirby telling CNN that “we have to watch and see what the Russians actually do here.”

“We still assess that Mariupol is contested,” Kirby added, “that it hasn’t been taken by the Russians and that there’s still an active Ukrainian resistance.”

The Russian Defense Ministry’s website says the Tver institute focuses on research related to air and space defense systems, including the development of anti-aircraft systems.