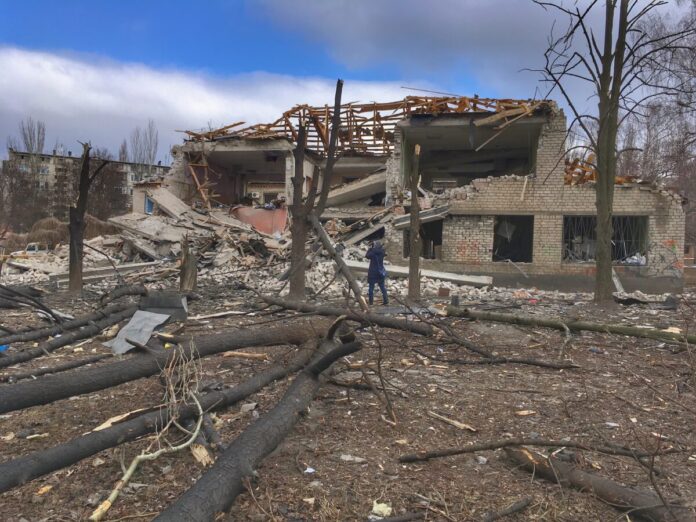 Russian forces are advancing from staging areas in the Donbass region toward Kramatorsk, which continues to be bombarded by persistent rocket attacks, a British military update said on Thursday.

Zelenskyy declared Monday that the “Battle of Donbass” has now begun.

“We can now say that Russian forces have started the battle of the Donbass, for which they have long prepared,” Zelenskyy said in a video address.

In a post on Facebook, the Ukrainian armed forces command said that Russia’s main military force was concentrating on taking control of the entirety of the Donetsk and Luhansk regions that make up the swathe of land known as the Donbass.

“The second phase of the war has begun. … Believe in our army, it is very strong,” the Ukrainian president’s chief of staff, Andriy Yermak, wrote on the Telegram messaging app.

Zelenskyy vowed Ukrainian forces would defend the Donbass “no matter how many Russian soldiers” were sent by Putin.

Ukraine’s Kramatorsk in the Donetsk region has been hit by heavy shelling in recent weeks. Officials said at least 39 were killed and more than 100 were wounded in an attack on a railway station packed with women and children in the region on April 8.

Pavlo Kyrylenko, the governor of the Donetsk region, said thousands of Ukrainian civilians were waiting to be evacuated from the station, and that the attack killed and injured dozens.

Shortly after the attack, Russia denied that it targeted civilians, with a statement from the Russian defense ministry accusing Ukraine of “provocation.”

“All statements by representatives of the Kyiv nationalist regime about the ‘rocket attack’ allegedly carried out by Russia on April 8 at the railway station in the city of Kramatorsk are a provocation and are absolutely untrue,” the ministry said.

The ministry also claimed the missiles deployed in the attack on the railway station “are used only by the Ukrainian armed forces.”

The UK Ministry of Defence’s update Friday also suggested that Russia is likely to demonstrate “significant successes” ahead of their annual May 9 Victory Day celebrations.

“This could affect how quickly and forcefully they attempt to conduct operations in the run-up to this date,” the update added.

The Epoch Times has contacted Russia’s Ministry of Foreign Affairs for comment.