Oil Could Surge to $185 a Barrel If EU Bans Russian Crude: JPMorgan 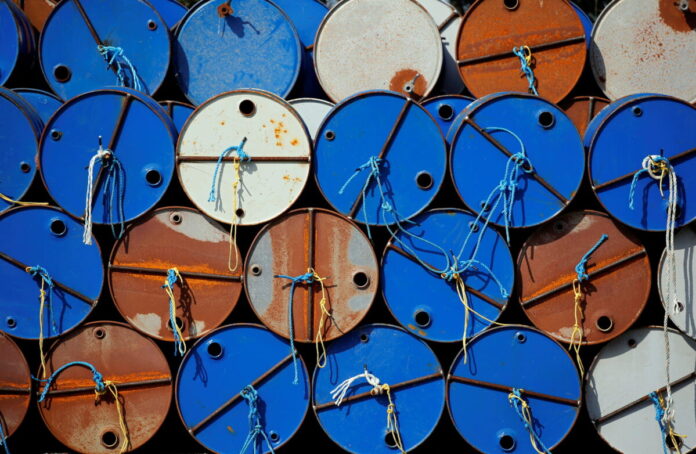 Analysts at JPMorgan have warned that a full and immediate ban on Russian oil imports into the European Union could drive the price of crude up to $185 per barrel.

Natasha Kaneva, Head of Global Commodities Strategy at JPMorgan, said in a note cited by Bloomberg that if the E.U. decides to expand its limited embargo on Russian oil under a new round of sanctions against Moscow, the price of Brent crude could soar by around 65 percent.

JPMorgan’s dire price prediction comes as energy prices have faced upward pressure in the wake of the Russia-Ukraine conflict.

Following reports of Russian atrocities in Bucha, which triggered an international outcry, the E.U. moved to completely phase out Russian coal imports, though it continues to import oil and gas.

Seeking to accelerate a complete end to its reliance on Russian energy, the E.U. is now considering ramping up its embargo of Russian fossil fuels in what is to be the sixth package of sanctions against Moscow.

Head of the European Commission Ursula von der Leyen told German newspaper Bild am Sonntag in an interview published Sunday that the sixth round of sanctions could target Russia’s largest bank, Sberbank, as well as oil.

“What should not happen is that [Russian President Vladimir] Putin collects even higher prices on other markets for supplies that would otherwise go to the E.U.,” she was quoted as saying.

“The top priority is to shrink Putin’s revenues,” she added.

The E.U. has so far spared Russia’s largest bank from previous sanctions rounds because it, along with Gazprombank, is one of the main channels for payments for Russian oil and gas.

E.U. member states are, on the whole, heavily reliant on Russian energy, with Russia being the E.U.’s top oil supplier, accounting for around 25 percent of the bloc’s total crude imports.

“I hope that in the weeks to come we will convince our European partners to stop importing Russian oil,” Le Maire told the outlet.

“As long as these sanctions are in place—and they could be in place for a quite a long time—then the Russian economy is going to be on a very different growth trajectory,” Gourinchas told Reuters in an interview.

“We’re viewing this as … something that is really hurting the Russian economy going forward and could hurt it even more if the sanctions are escalated,” he said. “The shock is already pretty sizeable … and we don’t expect that there would be a bounce back from where the Russian economy is.”

Russia’s President Vladimir Putin has said that Moscow has withstood the impact of Western sanctions, claiming that the “strategy of the economic blitz has failed” and has instead led to a “deterioration of the economy in the West.”

Putin made the remarks in a video call Monday with top economic officials.

Analysts say the sanctions have helped push up the prices of food and energy, which are major contributors to inflation, which is running at multi-decade highs in the United States and many Western countries.