‘Mummified’ Body Is Identified as Man Missing Since 2020 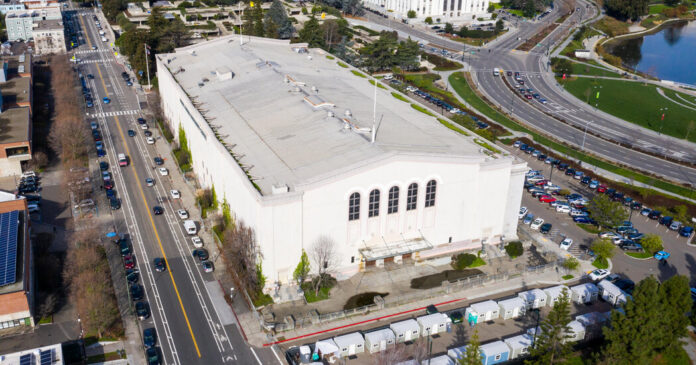 A construction worker was tearing out a wall inside a century-old Beaux-Arts convention center in Oakland, Calif., on March 9 when he made a gruesome discovery: a mummified body, believed to be that of a man in the “late stages of decay,” a police spokeswoman said.

Who he was and how he got there were a mystery, but it was immediately clear that he had been there for a long time, possibly years, the authorities said. What was remarkable, a spokesman for the Alameda County Sheriff’s Office said, was that his remains “were better preserved in the wall than if they would have been out in the elements.”

The discovery came as the Henry J. Kaiser Convention Center was undergoing a $64.5 million renovation that the Oakland City Council approved in 2019. The 215,000-square-foot hall, which opened near the southern shore of Lake Merritt in 1914 as the Oakland Civic Auditorium, hosted the Rev. Dr. Martin Luther King Jr. and concerts by Elvis Presley, James Brown, Bob Marley and the Grateful Dead, among many others, according to the East Bay Times. It closed in 2005.

A decade ago, the center was the site of a violent confrontation between the police and members of the Occupy movement in which three officers were injured and about 200 demonstrators were arrested.

As the authorities set out to determine who the man was, and how he had become trapped inside an interior wall in the convention center, they noted that there were no obvious signs of trauma.

An autopsy was ordered. In the end, a serial number on a metal plate in the man’s ankle unlocked the mystery. They cross-referenced the number with records from a nearby hospital and found a match in Joseph Mejica, who had been known to frequent homeless encampments in Oakland and who had been reported missing in August 2020, a month shy of his 41st birthday.

The authorities said they did not know how long Mr. Mejica was inside the wall, but it was long enough for his body to effectively mummify.

“He was there for a long time,” said Sgt. Erik Bordi of the Alameda County Coroner’s Bureau. “It decomposes. It dries out. The fluids dry out and it kind of just mummifies.”

A cause of death was not immediately established pending the result of toxicology tests, Sergeant Bordi said, adding that officials do not suspect foul play.

The authorities said Mr. Mejica was last seen around 8 p.m. on Aug. 22, 2020, near the corner of Sixth and Fallon streets in Oakland, less than a 10-minute walk from the convention center. He was wearing a black T-shirt, bluejeans and black shoes. The name “Amy” was tattooed on the left side of his chest, and “Joe” was tattooed on his upper arm.

His family had offered a $5,000 reward. Relatives could not be reached on Tuesday.

Mr. Mejica’s mother told law enforcement officials that Mr. Mejica occasionally tried to steal copper wire from construction sites to sell, according to The San Francisco Chronicle. She added that she had lost touch with him the months before he disappeared, and that she had called the Oakland police after learning that an unidentified body had been found.

Lieutenant Kelly said Tuesday that it was possible Mr. Mejica had been living in the convention center or had sought shelter there “when he died for some reason,” possibly after “he got stuck or was trying to pull something out of the wall.”

“He definitely was in a place where he shouldn’t have been,” he said.