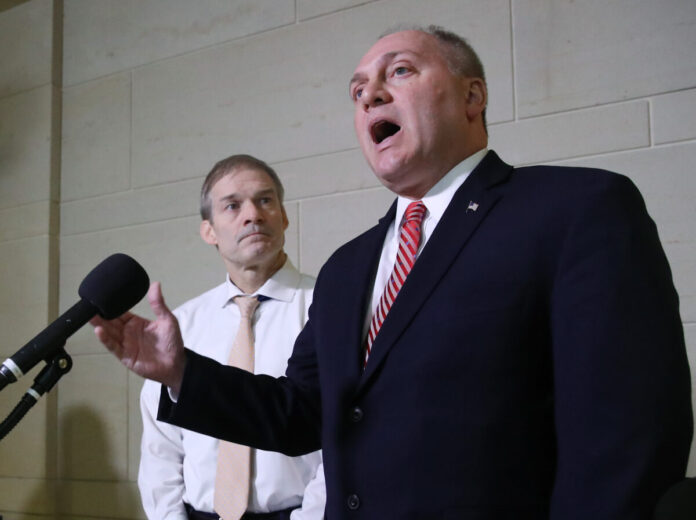 In an earlier appearance before Congress, Andersen suggested that he had not suppressed information about the lab leak theory; according to the GOP letter released today, those earlier claims may be untrue in view of statements Andersen made to Vanity Fair.

“On February 3, 2022, we wrote you regarding apparent attempts to conceal or cover-up pertinent information regarding the origins of COVID-19, specifically the hypothesis that it leaked from a laboratory in Wuhan, China,” the letter begins. “On February 17, 2022, you responded to our letter and stated that you were ‘not aware of, and [were] not involved in, any effort to suppress any particular theory about the origins of SARS-CoV-2.’”

“Recent reporting by Vanity Fair brings into question the truthfulness of that response. Pursuant to 18 U.S.C. §1001, ‘in any matter within the jurisdiction of the … legislative … branch of the Government of the United States, knowingly and willfully mak[ing] any materially false, fictitious, or fraudulent statement or representation’ is a crime. We therefore invite you to correct the Committee record, in person, in a transcribed interview at your earliest convenience,” wrote the Republican lawmakers.

The Vanity Fair article details how in June 2021, evolutionary biologist Jesse D. Bloom had prepared a draft of a paper suggesting that the CCP (Chinese Communist Party) virus pandemic leaked out of the high-level biological research facility in Wuhan, China. Though later information has indicated that this theory is likely true, many in the federal medical establishment were hesitant to admit such a link at the time.

Because Bloom’s paper contained potentially sensitive information about the National Institutes of Health (NIH), which is chaired by Dr. Anthony Fauci, Bloom offered to allow Fauci to read the draft prior to peer review or publication.

Later, Bloom presented the paper to Dr. Andersen in a Zoom call, during which Andersen said he found Bloom’s research “deeply troubling.”

Following a reportedly contentious argument over the paper, Andersen approached Bloom with an offer to delete the controversial passages in a way that would leave no electronic trail showing that the paper had been changed. Reportedly, Bloom refused on grounds that neither option was appropriate “given the contentious nature of the meeting.”

“A recent exposé by Vanity Fair brings into question the accuracy of your assertion that you did not suppress any theory about the origins of COVID-19 and therefore all previous statements made to the Committee,” continued the Republican lawmakers after citing the report.

“Dr. Bloom’s paper was problematic for Drs. Fauci and Collins [who served as the former head of the NIH and also opposed the lab leak theory]—who one year earlier had awarded you an $8.9 million dollar research grant since it explicitly advocated for a more thorough investigation of NIH, COVID-19’s origin, and did not adhere to the ‘real card-carrying…virologists’ preferred narrative,” the Republicans alleged.

“Dr. Bloom said that you took issue with his research suggesting it was ‘unethical’ to analyze why the Chinese researchers requested the sequences be deleted … you then told Dr. Bloom that you could simply delete or revise the paper in a way that ‘would leave no record that this had been done.’”

“This incident, if true, contradicts your February 17, 2022 letter and shows that you offered to ‘suppress’ research about the origins of COVID-19 that did not fit your pre-determined narrative,” they added.

Andersen has yet to respond to the allegations, and could not be immediately reached for comment on the matter.