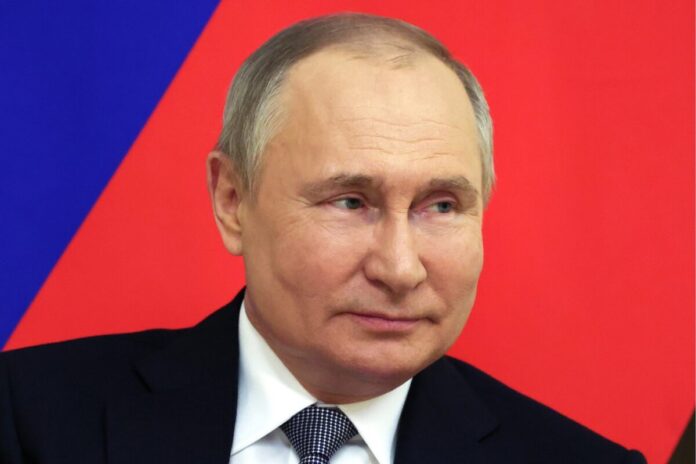 Trudeau says he’s been in close contact with President Volodymyr Zelenskyy and Canada is very responsive to what Ukraine needs.

He says there will be more details on the pledge in the days to come.

Ukrainians have “fought like heroes,” Trudeau said today in Dalhousie, N.B., where he made a long-term care funding announcement.

The federal government has also hit 14 more Russians with sanctions for their close ties with President Vladimir Putin, including his two adult daughters.

Maria Vorontsova, 36, and her 35-year-old sister Katerina Tikhonova are named on the list released today.

The federal government says the two, as well as a dozen other Russians, are facing sanctions because they are close associates of Putin and are complicit in Russia’s unjustifiable invasion of Ukraine.

“We will not relent in holding people accountable for their complicity in Russia’s attacks on Ukraine,” Trudeau said in a tweet.

Trudeau was scheduled to speak with NATO and European leaders today at a virtual meeting organized by U.S. President Joe Biden.

Global Affairs Canada said in a news release that a report delivered by Organization for Security and Co-operation in Europe experts last week “confirmed that the Russian forces are committing serious atrocities and human rights violations in Ukraine, including war crimes and likely crimes against humanity.”

The United States and European Union have targeted the sisters and other Putin family members, saying they believe the Russian leader has hidden assets with them.

Putin is extremely private about his personal life, avoiding mention of his children in public. He stressed the value of discretion in one of his few public mentions of his daughters.

“I never discuss my family with anyone.” Putin told reporters at a 2015 news conference, according to the BBC.

Putin married Lyudmila Shkrebneva in the 1980s when he was a KGB agent and she was an Aeroflot flight attendant. They divorced three decades later.

Oldest daughter Maria is a medical researcher and reportedly a businesswoman and developer.

So far, sanctions have not been imposed on the woman named in news reports as Putin’s longtime romantic partner. Photos from public appearances document years of Putin beaming at Alina Kabaeva, a former Olympic gymnast.

Kabaeva became a lawmaker in the Duma and later a board member of a Russian national media company, whose news outlets have promoted Russia’s invasion of Ukraine. As British tabloids noted, Kabaeva’s photo and name recently disappeared from the website of the National Media Group as sanctions on Putin’s intimates neared.

Following Russia’s attack that began Feb. 24, Canada has imposed sanctions on more than 700 individuals and entities from Russia, Ukraine and Belarus.

Last week, sanctions targeted organizations that have provided support to the Russian military—directly or indirectly—including the Moscow Institute of Physics and Technology, Integral SPB and Shipyard Vympel JSC.

The EU has introduced a series of sanctions as well, targeting Russia’s lucrative energy industry with an embargo on coal imports, along with a transaction ban on four key Russian banks representing 23 percent of market share in the Russian banking sector.

The 27-nation bloc also banned vessels registered under the Russian flag from EU ports, with an exception for agricultural and food products, humanitarian aid and energy.

Since Russia’s annexation of Crimea in 2014, Canada has levied sanctions on more than 1,100 individuals and entities.