28 Million US Birds Dead From Avian Flu Since February 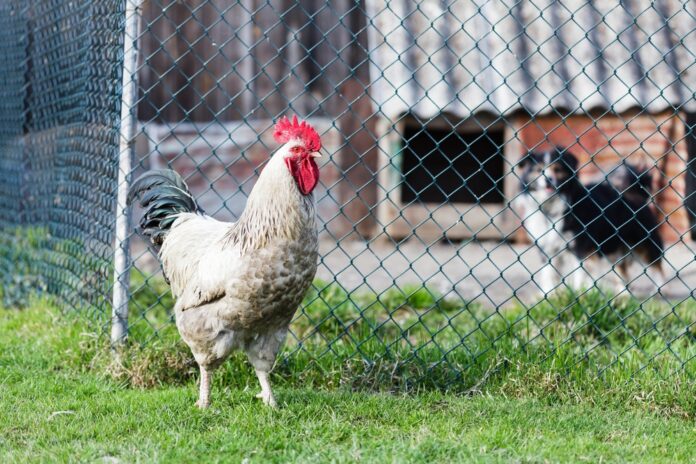 A serious outbreak of the bird flu is threatening the United States’ poultry inventory.

Since it was first detected in commercial flocks in February 2022, some 28.2 million domestic birds have died from Highly Pathogenic Avian Influenza (HPAI), according to a spokesperson from the U.S. Department of Agriculture’s (USDA) Animal and Plant Health Inspection Service (APHIS). Some died from the infection, while others have been euthanized.

Once the virus is detected in a backyard flock or commercial farm, the entire flock must be “depopulated.” That could be three birds or millions. For example, two large Iowa operations located in Osceola and Buena Vista counties depopulated their farms in March. Each had more than five million chickens.

The outbreak has spread to 29 states. Utah identified cases in some backyard flocks this week, and Pennsylvania announced on April 16 that an egg farm with 1.4 million chickens in Lancaster County was the first in the state to detect HPAI and start depopulation of its entire flock.

This must be done to prevent the spread of this highly contagious disease to additional flocks, a USDA spokesperson said, adding that quickly eliminating infected birds reduces the amount of virus in the environment and minimizes the risk of the disease spreading to, and killing, other birds.

Most of the depopulations have been layer hens, which produce table eggs. Backyard flocks, turkeys, and broiler chickens, which are raised for meat, are also affected.

The average wholesale price of a dozen eggs has increased from $2 to $2.95 in recent months according to the USDA.

“Affordable food matters to everyone, and America’s egg farmers are working around the clock to keep eggs affordable and in plentiful supply,” the American Egg Board said in a statement emailed to The Epoch Times. “Eggs remain one of the lowest-cost, highest-quality proteins available and egg farmers are committed to keeping grocery stores stocked. Like many sectors of the economy, egg farming is being impacted by inflation and experiencing supply chain challenges related to increases in cost and availability of feed and grain, labor and transportation.”

The bird flu has created additional strains on supply in limited situations and the Egg Board says farmers are working to minimize any supply disruptions.

Officials must balance preventing the spread of disease and keeping the food supply chain moving. In Pennsylvania, the 103 commercial poultry facilities within a 10-kilometer radius of the first infected farm are quarantined. To move birds out of the protected zone, from farm to market, birds must be tested and a permit documenting the testing must be provided to the state Department of Agriculture.

“While part of this is to contain within Pennsylvania, it’s also to send signals nationally and internationally, making sure our trading partners have the reassurance that we’ve got full command of the response plan and containment,” Pennsylvania Agriculture Secretary Russell Redding said in a Monday press conference in Harrisburg. “We are taking every precaution possible to eliminate, or at least limit the movement of, [HPAI] into further commerce in and outside of Pennsylvania, and to ensure that those products that are in motion, continue to flow. That’s through the ports, into our marketplace and out of state. All of that is done in a very controlled way.”

The culprit of the outbreak is infected wild migratory birds.

“The virus is being spread by infected wild birds. It is mainly spread through direct contact between healthy birds and bodily waste from infected birds,” Dr. Alex Hamberg, assistant director of the Pennsylvania Bureau of Animal Health and Diagnostic Services, said in the April 18 press conference.

The danger of HPAI is so great that the United States has developed a surveillance plan to detect it in wild birds through random testing of wild waterfowl across the nation. The testing program is a collaborative effort among universities, states and the USDA–APHIS departments of Wildlife Services, Veterinary Services, and the National Wildlife Disease Program, as well as the U.S. Geological Survey, U.S. Fish and Wildlife Service, and the National Flyway Council.

As part of the routine surveillance program, wild birds were tested and confirmed to be infected in March in Pennsylvania, including a bald eagle in Chester County and four ducks in Venango County.

Scientists capture wild ducks and geese in watersheds and use a swab to get samples from the birds’ throats.

Commercial flocks are tested in the same way, and scientists are also testing samples from infected flocks.

“Speaking with the folks that are watching the genetics of the virus, so far we have seen individual introductions into individual farms,” said Beth Thompson, Minnesota State Veterinarian and executive director of the Minnesota Board of Animal Health, in an interview with The Epoch Times. “So, in other words, our farmers aren’t tracking it back and forth amongst the farms.”

To prevent spreading disease, poultry farms practice bio security measures, commonly asking visitors to drive only in certain areas and to use shoe coverings to prevent tires or shoes from tracking infected waste near the farm’s flock.

Minnesota currently has 40 infection sites, the most of any state, followed by South Dakota with 36 sites.

Minnesota is the top turkey producer in the United States, and HPAI has been found in turkey farms in the counties of Blue Earth, Otter Tail, and Morrison, among others.

“Minnesota is the land of 10,000 lakes, and when the migratory birds are flying over, at least some of them stop by. So it seems individual introductions are really hitting us hard this year,” Thompson said. “I’m hoping that within the next couple of weeks—it’s supposed to get up in the 60s here—we will see the tail end of those birds.”

Thompson said recent cold weather slowed migration, and once the environment starts heating up, things will dry out and get rid of the virus. But HPAI could revisit in the fall migration, if the virus does not die out by then.

“Those same birds are going to be traveling south in the fall and we have to wait to see what happens with this virus—whether or not it burns itself out, whether it starts combining itself with other flu viruses, and what that might look like. I know Europe has been dealing with this virus for at least a couple of years now, but the migratory patterns are different. It’s something all of the United States is going to have to keep its eye on.”

“This virus came out of Europe,” Thompson said. “We first saw it in North America in late December of ’21 up in Canada.”

Producers and scientists stress that people should not worry about this HPAI spreading to humans.

“Avian influenza is not a foodborne illness, which means you can’t contract it from eating poultry that has been cooked properly. And in the event a flock does test positive, it will not enter the food chain. Additionally, the risk of humans contracting avian influenza is extremely low, according to the Centers for Disease Control and Prevention,” National Chicken Council spokesman Tom Super told The Epoch Times. “Any detection of highly pathogenic avian influenza in poultry is a concern and the industry remains on high alert. But the U.S. has the most robust monitoring and surveillance program in the world—and detailed plans are in place to control spreading among flocks and eliminate the virus completely.”

That sentiment was echoed by representatives from the USDA and departments of agriculture.

While 28.2 million domestic birds have died from HPAI or been depopulated since February, the United Sates produces far more.