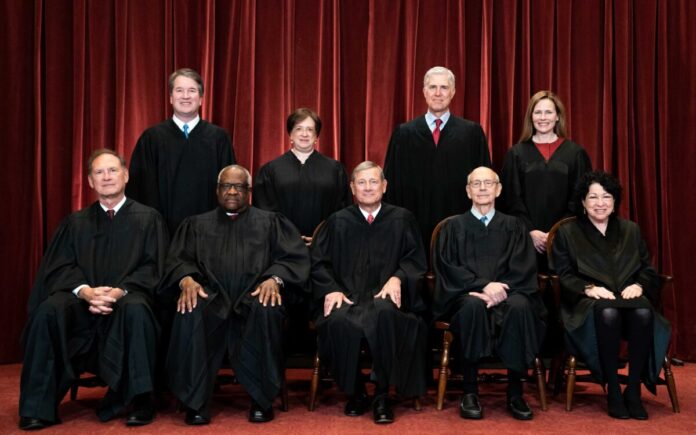 The U.S. Supreme Court on Monday refused to hear a New York City vaccine mandate challenge from teachers, meaning the mandate will be allowed to stand.

The nation’s high court rejected the case (pdf) without comment and provided no indication that any of the justices would take it.

The four teachers, who said the COVID-19-related rule violated their right to keep their profession, took their appeal to the Supreme Court after a lower court left the New York City mandate in place. Those teachers previously asked Justice Sonia Sotomayor, who oversees the state, to provide relief that would block the mandate from going into effect, which Sotomayor also rejected.

Under the mandate, all city Department of Education employees who did not comply with getting the vaccine by Oct. 1 would be suspended without pay for up to one year. But the teachers argued that the rule violated their due process rights and blocked them from practicing their profession because the city’s Department of Education is the only agency in the city that publicly hires teachers.

Vinoo P. Varghese, who represented the teachers, told Forbes on Monday that the teachers “are disappointed in the result, but we will continue the fight to protect the due process rights of our teachers against the new administration of Mayor Eric Adams.”

In February, New York City fired more than 1,400 employees who remained unvaccinated. The policy allows for religious and medical exemptions.

“This case presents the Court with the opportunity to address a critical constitutional issue—whether public-school teachers have a fundamental right to practice their profession,” the teachers wrote (pdf) in their petition to the Supreme Court. “Furthermore, the Court can provide needed guidance to the lower courts regarding the flood of COVID-19 vaccine mandate-related cases already pending and expected.”

In response, however, New York City attorneys argued that the petitioners “made no attempt to explain how the vaccination requirement either prevented—or even impaired—their ability to work as teachers or paraprofessionals for another employer.”