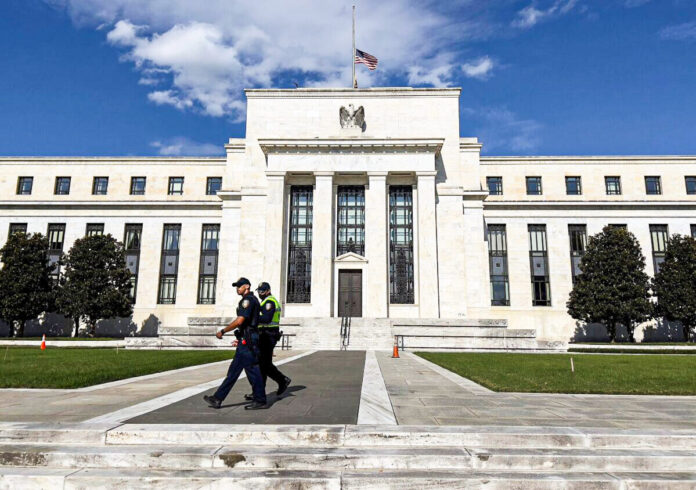 Former Federal Reserve Bank of Richmond President Jeffrey Lacker said that supply chain snarls were “more of a symptom than a cause” of surging inflation, with the key factor driving up prices being massive government spending on pandemic emergency programs that caused demand to balloon against a backdrop of squeezed supply.

“Simple sayings are often misleading, but in this case the old adage ‘too much money chasing too few goods’ is right on target,” Lacker told VCU News in a recent interview, in which he shared his take on the factors behind soaring U.S. inflation, which in the year through March hit 8.5 percent, a 41-year high.

Economic dislocation related to the pandemic, including restrictions imposed on businesses and an initial collapse in consumer sentiment and spending, prompted Congress to pass several massive stimulus bills that drove demand higher.

“Unfortunately, the U.S. economy was incapable of fully satisfying the surge in demand,” Lacker said, with several factors like factory closings and labor shortages in critical sectors like transportation preventing supply chains from keeping up.

“The combination of ramped-up spending and inelastic supply has driven up prices for a range of goods and services,” he said, noting also that the drop in the labor force participation rate combined with growing wage demands put additional upward pressure on business costs and consumer price inflation.

In March, red-hot inflation more than eroded the wage gains of Americans for the sixth month in a row, effectively giving a pay cut to many workers who saw their paychecks expand on paper, but shrink in real terms.

“The labor market is far from recovered, which explains why median wage growth is so poor,” Daniel Lacalle, chief economist at hedge fund Tressis, told The Epoch Times in an emailed statement. “Year-on-year, average hourly earnings have advanced by 5.6 percent but inflation is 8.5 percent, so real wage growth is negative. Median wage growth is also very poor.”

“Inflation is eating away the improvement in nominal wages, showing that businesses are hurting and margins weakening,” Lacalle added.

An oft-repeated explanation for runaway prices has been pandemic-related supply chain dislocations, though Lacker argued that while these have “played a role,” supply-side snarls were not the chief cause.

“The resulting bottlenecks have hindered the ability to satisfy the surge in demand. But those bottlenecks aren’t the main driver of inflation—in some sense they are more of a symptom than a cause,” he said.

“The main driver of the surge in inflation was the stimulus programs enacted by Congress and the administration,” Lacker said.

In a bid to cool inflation, the Federal Reserve has embarked on a path of tightening policy. These measures, which involve hiking rates and shrinking the Fed’s balance sheet, could lead to a recession, Lacker said, though the price of inaction could be “even more costly in the end.”

Asked about his outlook for prices going forward, he said inflation rates were likely to fluctuate over the next year or two but that the inflationary dynamic seems to have “substantial momentum.”

“Over the longer term, inflation is likely to come down as the Fed tightens monetary policy,” he said, adding that the outlook is generally clouded by a higher-than-normal level of uncertainty.

“When inflation rises it becomes harder to predict,” according to Lacker.