A second global Covid-19 summit led by the White House is set for May. 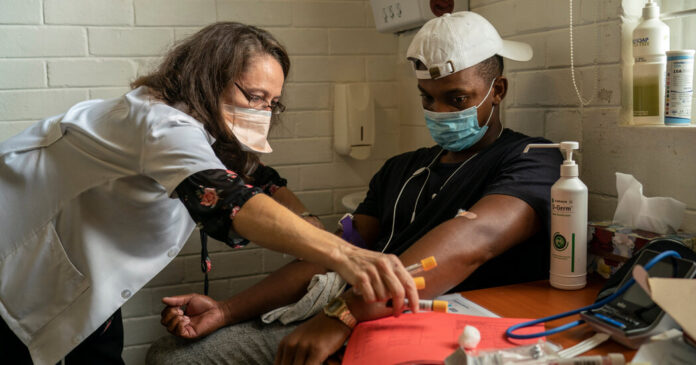 The White House on Monday announced that it would co-host the second global Covid-19 summit next month, a gathering intended to build momentum around vaccine donations and ending what it said was the “acute phase” of the pandemic.

The meeting, set to be held virtually on May 12, comes as efforts to subsidize more global vaccinations have stalled in the United States, after lawmakers stripped $5 billion in global funding from a pandemic relief package the Senate could vote on in the coming weeks.

Lawmakers earlier this month announced a deal on a $10 billion coronavirus aid package centered on domestic coronavirus testing, vaccination and treatment, but turned away a push from the Biden administration and some members of Congress to build out the nation’s global Covid-19 commitments, which some public health experts have said were already lacking. Republicans had demanded that new aid be financed in part by repurposing previously approved but unspent Covid-19 relief.

That likely setback could have broad implications for eventually stamping out new variant-driven waves of the virus, federal health officials have said. The Agency for International Development has warned that without more congressional funds, it would likely have to curtail a new program that aimed to vaccinate people in poorly inoculated countries. And in the United States, new known virus cases have also started rising again in recent days amid concerns that infections are increasingly undercounted.

“The emergence and spread of new variants, like Omicron, have reinforced the need for a strategy aimed at controlling Covid-19 worldwide,” the White House said in a statement Monday announcing the May summit, which will also be hosted by Belize, Germany, Indonesia and Senegal.

About 16 percent of people in low-income countries have received at least one dose of a vaccine, compared to 80 percent in high- and upper-middle-income countries, according to the Our World in Data project at the University of Oxford. Production problems, export bans and vaccine hoarding by wealthy nations have exacerbated that divide.

The May gathering will carry over themes from the first meeting, held in September, the White House said, including the logistical work of getting shots into arms, reaching high-risk groups with virus tests and treatments, building out more local and regional vaccine manufacturing capacity and increasing the number of public health workers.

Vaccine supply in the lowest-income countries has grown, but health officials say that doses can arrive on an irregular schedule, making it difficult to organize vaccination campaigns, particularly when health systems lack the storage, transportation and staff needed for them.

Senator Chris Coons of Delaware, a Democrat, who helped negotiate the pandemic relief package, said on Sunday that millions of doses that the United States has bought and could send abroad may expire.