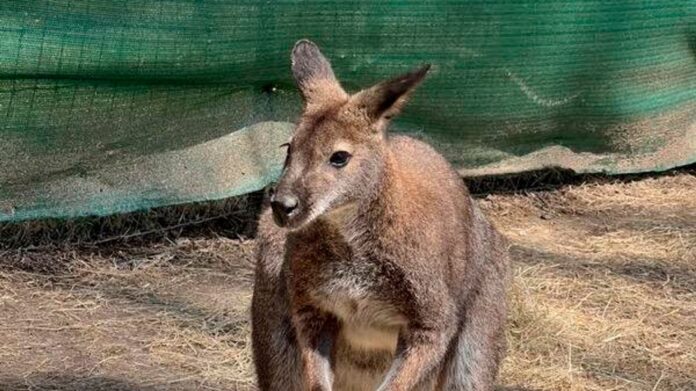 Honey Bunch, the wallaby who went missing at the Memphis Zoo after storms passed through Tennessee this week, has been found hiding — nearly in plain sight.

“It was an area right behind the exhibit … that had been searched multiple times in the past 36 hours, but he was camouflaged really well and hidden very well under a bush,” said Jessica Faulk, the zoo’s spokesperson.

A curator happened to see some tracks Friday morning and followed them to Honey Bunch, Faulk said.

“We suspect he was there the whole time,” she said.

Honey Bunch was taken to the zoo’s hospital and was being evaluated by a veterinarian, who gave him a clean bill of health, Faulk said.

A creek in the KangaZoo exhibit overflowed during storms Wednesday night, and the exhibit was evacuated, with the animals moved to the hospital. Honey Bunch and three other wallabies will move back to the exhibit together in a day or so probably, Faulk said.

Honey Bunch is 21 months old and one of the largest of the four, she said.

Faulk said no one knows how he was able to get out of the exhibit’s fencing but that zoo officials are looking into it so they can prevent it from happening again.

Memphis police had assisted in the search for the missing animal, a smaller relative of the kangaroo.