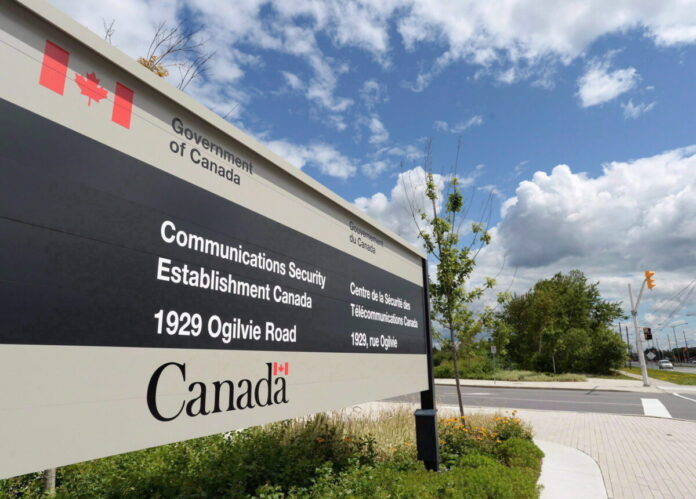 Canada’s eavesdropping agency provided an update on April 13 on its monitoring of Russia-backed disinformation campaigns through social media and controlled media outlets, and said the Kremlin is behind claims that Canadian soldiers were in the Donbas region and committed war crimes.

The Communications Security Establishment (CSE) says media outlets controlled by Russia, but made to look legitimate, have recently “published narratives designed to discredit and spread disinformation about NATO allies, including false narratives about Canada’s involvement in the Russia-Ukraine conflict.”

CSE posted the information on its Twitter account and said it was derived from its classified reporting.

The Kremlin-controlled outlets were also “directed to include doctored images of Canadian Forces Members on the front line and false claims about Canadian forces committing war crimes,” CSE said.

According to official accounts, Canadian Forces members have only been in Ukraine in a training capacity as part of Op UNIFIER, and the last personnel were pulled out of the country on the day the Russian invasion started, Feb. 24.

CSE doesn’t mention the names of the Russia-controlled media outlets or communications platforms being used, but many Russian state entities are active on Twitter.

The eavesdropping agency’s first Twitter thread on Russian disinformation was published on April 1. CSE said it “observed coordinated efforts by Russia to create and spread disinformation falsely claiming that Ukraine was harvesting the organs of fallen soldiers.”

On April 6 in another thread on Russian disinformation, CSE said, “In 2020, Russian intelligence operatives coordinated the creation and dissemination of disinformation claiming the United States had established biological laboratories in former USSR countries and was using Ukraine as a biological testing ground.”

CSE said Russia also “insinuated that these laboratories may be responsible for epidemics.”

U.S.-backed biological labs exist in Ukraine, but the nature of their programs are non-offensive, according to the United States.

U.S. Under Secretary of State for Political Affairs Victoria Nuland testified before the Senate Foreign Relations Committee on March 8 and said her government was working with Ukraine to protect its biological facilities from falling into Russian hands.

“Ukraine has biological research facilities, which in fact we are now quite concerned that Russian forces may be seeking to gain control of, so we are working with the Ukrainians on how they can prevent any of those research materials from falling into the hands of Russian forces, should they approach,” Nuland said.

Deborah Rosenbaum, assistant secretary of defense for nuclear, chemical, and biological defense programs, told the House Subcommittee on Intelligence and Special Operations on April 1 that there are “unequivocally … no offensive biologic weapons in the Ukraine laboratories that the United States has been involved with.”

The Epoch Times contacted CSE to learn more about its initiative to declassify intelligence and post it on Twitter, but the response provided by its media team didn’t extend much beyond explaining the mandate of CSE and repeating the information already posted on Twitter.

“Some of the examples we’ve listed represent intended activity, while others you may have seen in open source reporting,” said spokesperson Ryan Foreman in an email.

“We are sharing this information as part of the Government of Canada’s efforts to help inform Canadians so they can protect themselves from disinformation,” he said.

The Liberal government has repeatedly expressed a desire to fight “misinformation and disinformation” recently, and the decision to declassify CSE intelligence and share it publicly appears to be part of those efforts.

Mimi Nguyen Ly and Katabella Roberts contributed to this report.