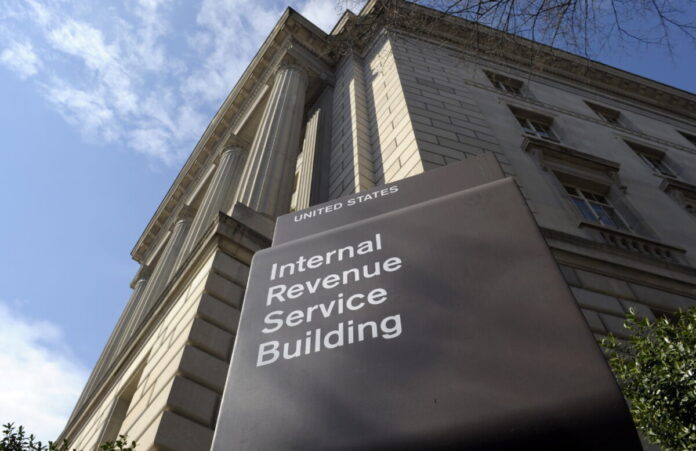 The U.S. federal government has collected record high taxes exceeding $2 trillion during the first half of the fiscal year, from October 2021 to March 2022, according to the Bureau of the Fiscal Service.

This is the first time that the federal government has collected more than $2 trillion in taxes in the first half of a fiscal year.

The previous high was the first six months of fiscal year 2021 when collected taxes, as calculated in constant March dollars, amounted to $1.85 trillion, according to media outlet CNS News. A constant dollar is an adjusted value of the currency that’s used to compare dollar values between two time periods.

Collection from individual income taxes for the first half of fiscal year 2022 totaled $1.12 trillion, an increase of more than 26 percent compared to $824.71 billion collected during the same time last in the last fiscal year. Collections from corporate income taxes jumped from $104.38 billion to $127.26 billion.

Despite collecting $2.12 trillion in the first half of the fiscal year, the government still ended up with a deficit of $668.27 billion after spending $2.79 trillion during the same period.

The largest expense was accounted for by the Department of Health and Human Services at $793.88 billion, with the second-highest expense being the Social Security Administration at $622.93 billion. Combined, these two agencies made up over 66 percent of government spending. The Department of Defense’s military programs came in third with $358.4 billion in spending.

To boost tax collections, President Joe Biden has announced a tax on billionaires that targets the ultra-wealthy elites of society. The proposal involves charging a 20 percent income tax on households “worth” more than $100 million.

“Budgets are statements of values, and the budget I am releasing today sends a clear message that we value fiscal responsibility, safety and security at home and around the world, and the investments needed to continue our equitable growth and build a better America,” Biden said.

“The billionaire minimum tax is fair, and it raises $360 billion that can be used to lower costs for families and cut the deficit,” he said.

Think tanks like the Heritage Foundation have slammed the proposal. Biden’s “billionaire minimum tax” is a “convoluted wealth tax” that will lead to a decline in investment in America and decreased income for workers while giving more power to accountants, lawyers, and bureaucrats, the foundation warned.