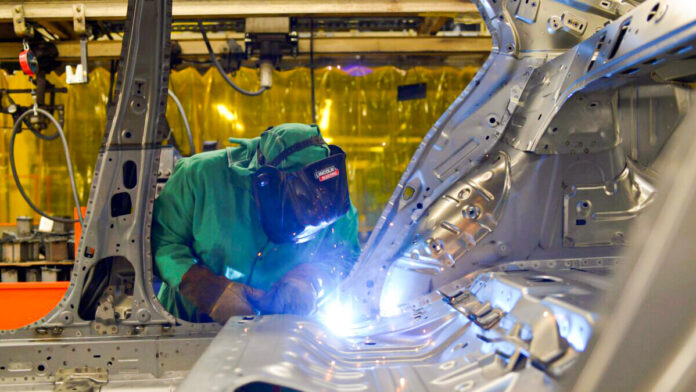 Wholesale prices in the United States accelerated at their fastest annual pace on record in March, delivering a fresh sign that persistent inflation continues to plague the U.S. economy.

The Producer Price Index (PPI), which tracks inflation before it hits consumers, rose by an annual 11.2 percent in February, the Bureau of Labor Statistics said Wednesday. That’s the highest rate of wholesale price inflation in the history of the data series, which dates back to 2010.

The sky-high PPI reading is likely to amplify concerns about inflation more broadly, as higher wholesale prices tend to get passed along to consumers.

Inflation in the United States rose at a blistering 8.5 percent in the year through March—the fastest pace in 41 years—the most recent government data on the Consumer Price Index (CPI) showed. Some economists say the mismatch between the CPI number and the PPI figure means consumers should brace for higher prices.

“Since YoY consumer prices only rose by 8.5 percent, businesses are still eating a lot of cost increases that will soon be passed on to their customers. This means future #CPI increases will be much greater when they do!” economist Peter Schiff said in a tweet.

Rep. Tom Emmer (R-Minn.), who recently co-sponsored a bill to curb what he described as “our nation’s spending addiction” that he said was contributing to inflation, took to Twitter to comment on the record-breaking producer price surge.

“Wholesale prices are surging beyond economists predictions. Americans cannot afford any more of the Biden Administration’s inflationary policies,” Emmer said in a tweet.

Major contributors to the wholesale price spike were sharp increases in energy and transport costs. Final demand energy rose 5.7 percent over the month in March, while transportation and warehousing jumped 5.5 percent month-over-month.

The rise in wholesale prices adds to pressure facing the Federal Reserve to tighten policy in a bid to tame surging inflation.

“The ugly trend of inflation is why the Federal Reserve is poised to hike interest rates by a half percentage point in May and begin letting their bond portfolio run off,” Bankrate Chief Financial Analyst Greg McBride told The Epoch Times in an emailed statement.

“The Fed will be pressing firmly on the brake pedal–not just pumping the brakes–in an effort to slow demand and bring the inflation rate back down,” he added.

The Federal Reserve has embarked on a path of monetary tightening, with officials raising rates and contemplating shrinking the Fed’s balance sheet as early as May.

Economists polled by Reuters expect the Fed to deliver two back-to-back half-point interest rate hikes in May and June while estimating the probability of a recession next year at 40 percent.