Thousands of Etsy Sellers Go on Strike Over Increased Fees 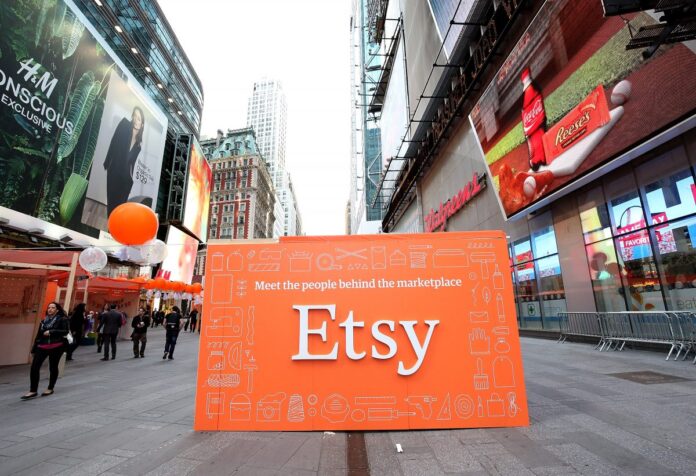 Thousands of Etsy sellers are going on strike in protest against the increase in fees that the American e-commerce company is charging for those who use its platform.

Earlier this year, Etsy’s CEO Josh Silverman announced that starting April 11 the company would increase the 5 percent transaction fee for sellers that has been in place since 2018 to 6.5 percent.

At the time, Silverman said this was being done to help fund “significant investments in marketing, seller tools” and to create “a world-class customer experience” among other things.

According to Etsy, which focuses on handmade or vintage items and craft supplies, its site has 5.3 million active sellers and more than 90 million active buyers.

However, some sellers on the site claim that the company “made bank” during the COVID-19 pandemic, more than doubling its gross marketplace sales in 2020 and breaking that record by $3.2 billion dollars in 2021, yet has more than doubled the basic fees for sellers to use the platform in less than four years.

According to protest organizers, the strike is in protest against “Etsy’s treatment of sellers” and will see participants put their shops on “vacation mode” from April 11–18.

“Those of us who can will strike for the whole week, and some of us are striking only for April 11,” organizers said.

Protesters are demanding that New York-based Etsy cancel the increased transaction fee, and “crack down on resellers with a comprehensive plan that is transparent so that sellers can hold Etsy accountable.”

They also want the company to provide “golden support tickets” which enable access to live human support to sellers who are impacted by “extreme AI actions,” which include having their accounts terminated, and put an end to the Star Seller Program, which rewards Etsy sellers who consistently provide an excellent customer experience, and which protesters say benefits high volume sellers more.

Sellers also want Etsy to allow them to opt out of off-site advertisements.

In a letter sent on Monday to Silverman, strike organizer Kristi Cassidy said the company’s decision to increase seller fees by 30 percent “after two years of record sales is nothing short of pandemic profiteering.”

“After the planned increase, our fees as sellers will have more than doubled in less than four years,” Cassidy said.

Pointing to Etsy’s founding vision of “keeping commerce human” by “democratizing access to entrepreneurship” Cassidy went on to state that the e-commerce site makes up the main source of income for many sellers.

“But as Etsy has strayed further and further from its founding vision over the years, what began as an experiment in marketplace democracy has come to resemble a dictatorial relationship between a faceless tech empire and millions of exploited, majority-women craftspeople,” Cassidy wrote.

Etsy has yet to respond to the letter.

Protesters are also calling on customers to go on strike and abstain from purchasing items off the website until at least April 18 and have launched a petition that has garnered over 70,000 signatures so far.

Cassidy told The Guardian that more than 22,500 Etsy sellers had joined the protest.

The company has defended the fee structure, stating that sellers’ success is a top priority for Etsy.

“We are always receptive to seller feedback and, in fact, the new fee structure will enable us to increase our investments in areas outlined in the petition, including marketing, customer support, and removing listings that don’t meet our policies,” an Etsy spokesman said in a statement to NPR.

The Epoch Times has contacted an Etsy spokesperson for comment.