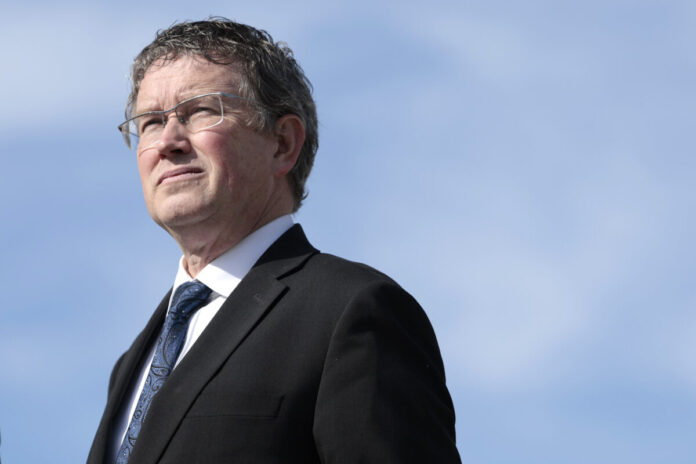 President Joe Biden’s planned order on so-called ghost guns violates the U.S. Constitution, according to critics of the move.

The White House says these ghost guns will be reined in through a final rule that bans manufacturing many versions of the guns, such as “buy build shoot” kits that enable people to assemble guns that do not have serial numbers.

“Because ghost guns lack the serial numbers marked on other firearms, law enforcement has an exceedingly difficult time tracing a ghost gun found at a crime scene back to an individual purchaser,” the White House said, adding that another component is forcing gun dealers and gunsmiths who come into possession of guns without serial numbers to serialize them.

Rep. Thomas Massie (R-Ky.), one of the critics, said the plan goes against the Constitution.

“The Constitution does not authorize the federal government to prevent you from making your own firearm. This a fact that has been recognized for 200+ years,” Massie wrote on Twitter.

He also pointed to Article 1, Section 1, of the document, which says that Congress makes law, not the president.

Dudley Brown, president of the National Association for Gun Rights, also concluded that the action runs afoul of Americans’ rights.

The Biden administration “is making up unconstitutional gun control rules he can’t get through Congress,” Brown said in a statement.

“California already has this ban, and like all gun control, it failed to stop a recent shooting because it only restricts law-abiding gun owners, not criminals,” he added.

Biden planned to deliver remarks on the order on Monday afternoon.

Some other lawmakers and groups spoke out in support of the move.

“Putting together a ghost gun is as easy as assembling a dresser from IKEA,” Rep. Mike Thompson (D-Calif.) said on Twitter. “Ghost guns are easy for criminals to buy and assemble. We need to rein in ghost guns with background checks and serial numbers to keep our streets safe.”

“Ghost guns look like a gun, they shoot like a gun, and they kill like a gun, but up until now they haven’t been regulated like a gun,” he said in a statement. “We applaud the Biden-Harris Administration for doubling down on its commitment to gun safety by taking action to rein in ghost guns.”