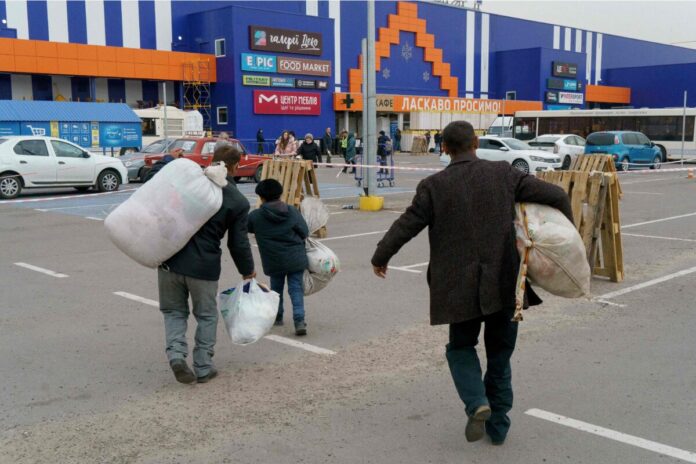 The latest on the Russia–Ukraine crisis, April 9. Click here for updates from April 8.

The planned corridors include one for people evacuating by private transport from the city of Mariupol, Vereshchuk said.

Britain’s defense ministry said on Saturday that Russian forces were targeting civilians, a day after a missile attack on a train station killed at least 52 people, according to Ukrainian officials.

Russia was focusing its offensive, which included cruise missiles launched by its naval forces, on the eastern Donbas region, the British ministry said in a daily briefing.

It said it expected air attacks would increase in the south and east as Russia seeks to establish a land bridge between Crimea, which Moscow annexed in 2014, and the Donbas but Ukrainian forces were thwarting the advance.

Russia will relax temporary capital control measures aimed at limiting a drop in the rouble by allowing individuals to buy cash foreign currency and will also scrap commission for buying forex through brokerages, the central bank said on Friday.

The rouble has rebounded on the Moscow Exchange from record lows in March to levels seen before Feb. 24, when Russia started what it calls “a special military operation” in Ukraine, as capital control measures suffocated demand for forex.

The swift rebound in the rouble raised concerns about its economic and financial impact as analysts have warned that the volatile and strong rouble could pose a threat to Russian revenues from selling commodities abroad for foreign currency.

The central bank said banks will be allowed to sell cash foreign currency to individuals from April 18 but only the notes they have received no earlier than on April 9.

The central bank is also scrapping its requirement for banks to limit the gap between prices at which they offer to buy and sell foreign exchange. But it recommended banks sell forex to import-focused companies at a rate of no more than two roubles above the market rate.

The central bank said individuals will be allowed to withdraw not only dollars but also euros from their accounts from April 11, but kept the maximum amount that can be withdrawn until Sept. 9 at the equivalent of $10,000.